Finland native Patrik Laine had a hat trick as the Winnipeg Jets took a 4-2 victory over the Florida Panthers in a regular-season game in the Finnish capital on Thursday.

Laine scored in the second period and twice in the third, including an empty-netter, for the Jets, who opened the back-to-back series between the teams in front of a roaring sellout crowd of 13,500 at Hartwall Arena.

He wristed a shot past Panthers goalie James Reimer on a power play to claim a 2-1 lead for the Jets with 4:46 left in the second, then slapped a one-timer for the winner on a two-man advantage from the top of the left circle 3:28 into the final period before scoring on an empty net.

Mathieu Perreault scored the opening goal for the Jets (8-4-1) and defenceman Dustin Byfuglien had three assists. The Panthers (2-5-3), who outshot Winnipeg 38-36, tied the score twice on goals by Keith Yandle and Evgenii Dadonov.

Laine, whose 44 goals were second in the NHL last season to Alex Ovechkin’s 49, opened the season with just three goals and two assists in 12 games, but he made a clear statement on Thursday. 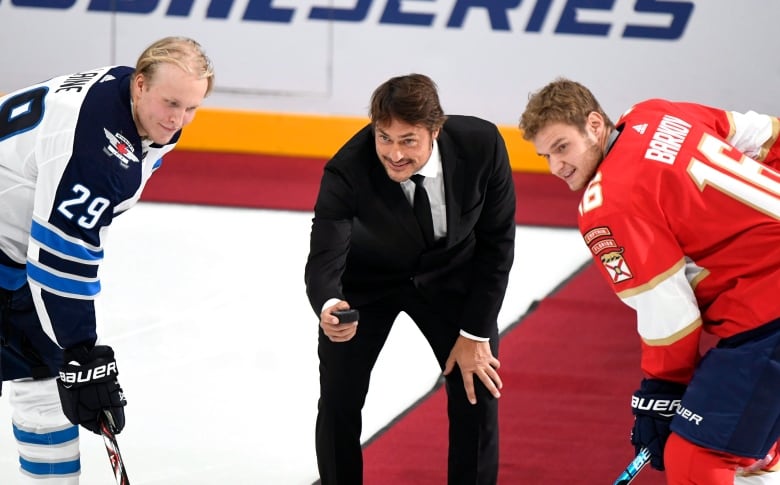 The Panthers had the momentum in early stages, outshooting the Jets 9-0 in the opening minutes. They controlled the play and the puck most of the opening period but goaltender Connor Hellebuyck kept them at bay, turning back 18 shots in the opening frame.

In the process, Hellebuyck frustrated Dadonov on a breakaway and helped the Jets kill a two-minute penalty before Perreault struck on the other side, scoring the go-ahead goal on a rebound with 1:26 remaining.

Yandle tied the score for Florida with 15:42 left in the second period, firing a slap shot on a four-on-three power play.

The game was the 24th played in Europe during the regular season and the sixth in Finland.