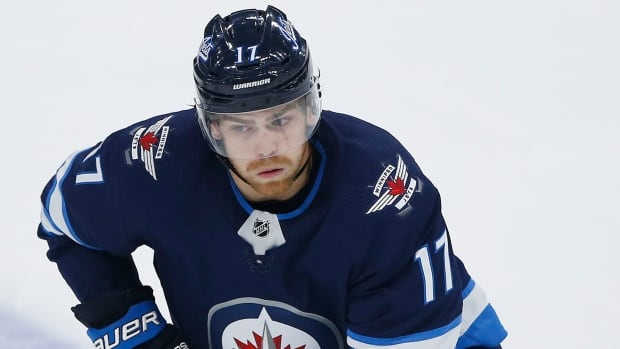 The incident occurred with two seconds left in the second period of Winnipeg’s 2-1 overtime win over Calgary in Saturday’s outdoor game at Regina’s Mosiac Stadium. Lowry hit Kylington from behind as the defenceman tangled with another Jets player behind the Calgary goal.

Lowry was assessed a minor penalty for boarding on the play.

The Jets forward is considered a repeat offender under the terms of the Collective Bargaining Agreement and will forfeit around $71,000 US in salary. Lowry was also suspended two games last March for a high stick on Nashville forward Filip Forsberg.

Bryan Little scored in overtime to push the Winnipeg Jets to a 2-1 victory over the Calgary Flames in the 2019 Heritage Classic. 1:37

Lowry, who has no points in 12 games this season, will be eligible to return when Winnipeg visits the Vegas Golden Knights on Saturday.