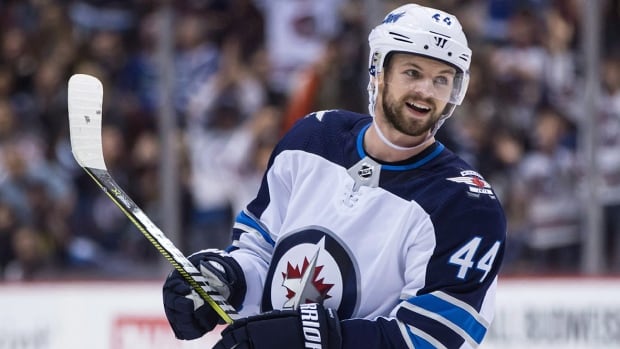 The Winnipeg Jets have agreed to terms with restricted free agent Josh Morrissey on a two-year, US$6.3-million contract, the team announced Sunday.

The new deal for the 23-year-old defenceman, who missed the opening of the Jets training camp, will carry an average annual value of $3.15 million.

Josh Morrissey talks about signing a 2-year, US$6.3-million contract with the Winnipeg Jets. 1:00

Morrissey, who was drafted by Winnipeg 13th overall in the 2013 NHL Draft, put up a career-high 26 points in 81 games for the Jets last season, while leading the club with 168 block shots.

He added two points, and tied for the team lead in block shots during the Jets’ 2017-18 playoff run.

Winnipeg Jets coach Paul Maurice talks about what he looks for in the first pre-season game. 0:33