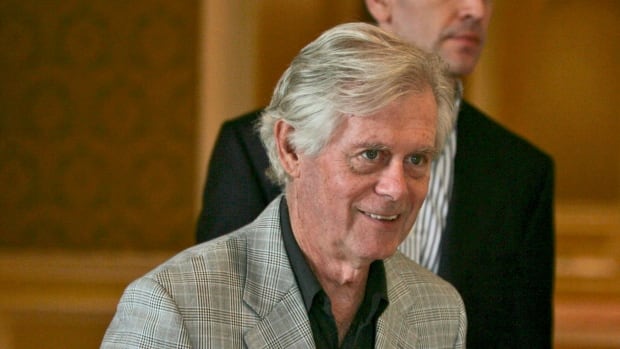 John Ziegler Jr., the fourth president of the NHL who was instrumental in expanding the league by bringing in four teams from the rival World Hockey Association, died Thursday. He was 84.

The NHL confirmed Ziegler’s death on its website. Ziegler was living in Florida, and the cause of death was not immediately known.

Ziegler helped broker the 1979 deal that moved the Edmonton Oilers, Winnipeg Jets, Quebec Nordiques and Hartford Whalers into the NHL from the folding WHA. While the Jets, Nordiques and Whalers eventually relocated, the Oilers quickly found success in the NHL, winning four Stanley Cups between 1984 and 1988 on a superstar-laden team led by Wayne Gretzky.

The Oilers posted a picture of Ziegler handing the Stanley Cup to a beaming Gretzky on the team’s Twitter feed.

Contentious labour talks between the NHL and the NHL Players’ Association over playoff bonuses, free agency and pension funds led to the players voting to strike in the final weeks of the 1991-92 season. The strike lasted 10 days.

Gil Stein took over as interim president after Ziegler’s departure. The position of NHL president effectively ended with Ziegler, as Gary Bettman became the NHL’s first commissioner on Feb. 1, 1993.

Ziegler was inducted into the Hockey Hall of Fame in 1987.

“From 1977 until 1992, as just the fourth president in NHL history, John oversaw the growth of the League from 18 to 24 teams, including the 1979 addition of four teams from the WHA,” Bettman said in a statement. “He was instrumental in the NHL’s transition to becoming a more international League . during his tenure, the share of European-born players in the NHL grew from two to 11 per cent, players from the former Soviet Union first entered the League and games between NHL and European clubs became a nearly annual tradition.

“On a personal note, John provided invaluable counsel during my early days as Commissioner and was always generous with his time.”

Ziegler, a native of Grosse Pointe, Mich., served as vice-president, general counsel and alternate governor of the Detroit Red Wings from 1970 to 1977 before being elected as the NHL’s fourth president, and the first American to hold the post. He succeeded Clarence Campbell, who had held the position since 1946.

“We mourn the passing of John Ziegler. His positive imprint on the game of hockey cannot ever be overstated. But more than that, John was a friend, to me and to my family. Our thoughts and prayers go out to John and his family,” Chicago Blackhawks chairman Rocky Wirtz said in a statement.

“While he will be missed, his legacy and contributions to our sport will carry on forever.”