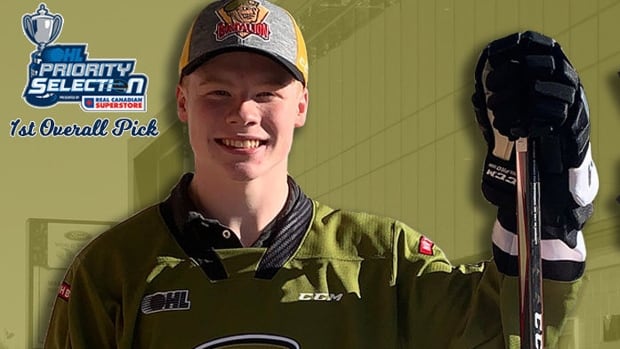 Nelson, a 16-year-old defenceman from the Greater Toronto Hockey League’s Toronto Jr. Canadiens, was announced by the North Bay Battalion as the first overall pick on Friday, the night before the OHL draft formally began.

Fimis, a centre with the GTHL’s Canadiens, was taken second overall on Saturday morning by the Niagara IceDogs.

A trio of centres were taken after Fimis.

Maxim Namestnikov was selected third by the Sarnia Sting, Bryce McConnell-Barker was picked fourth by the Sault Ste. Marie Greyhounds, and the Kingston Frontenacs made Paul Ludwinski the fifth overall pick.

North Bay had the first overall pick when the season was cancelled on March 18 due to the COVID-19 pandemic.

Teams made picks through conference call

Nelson led all GTHL defencemen in regular-season scoring with 32 points (11 goals, 21 assists) over 33 games. He then posted a league-best 12 points over 11 playoff contests as he helped lead the Jr. Canadiens to the league title.

The Priority Selection has been held online every year since 2001. However, this year teams worked remotely and adhered to all government and public health guidelines on physical distancing when selecting the 2004-born skaters.

Team staff were not allowed to work the draft from their hockey offices or arenas and made their announcements through a conference call, most often from home.

Players were not permitted to enter into league offices for introductions and sweaters on draft day. They also weren’t allowed to meet their new fans and interviews were out of the question.

The OHL also reminded prospects and their families that the province of Ontario has prohibited organized public gatherings and social gatherings of more than five people, keeping celebratory groups tight, while American-based OHL teams are following the rules set in place by their state.