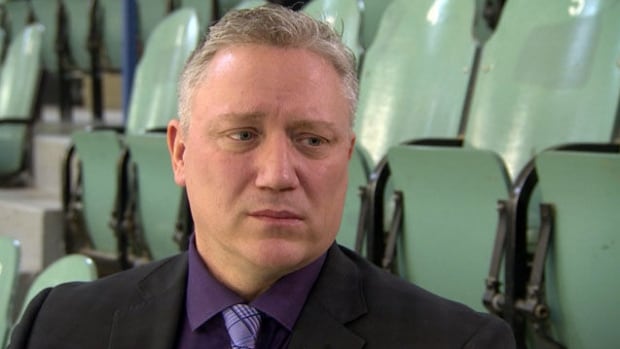 Kevin Garinger, who as president of the Humboldt Broncos was the public face of the team after a bus crash that killed 16 people, is letting a team veteran step into the role.

Garinger did not put his name forward when a new executive was elected Tuesday night. Garinger will continue to sit on the board.

Jamie Brockman was voted in as the new president. He was president of the organization from 2012 until August of 2017.

“I have experience from my previous five years on the board that can and will help move this organization forward,” said Brockman in a news release.

Meanwhile, Curtis Wacker joins the board as treasurer, replacing Darrin Duell. Maury Simoneau has been named the team’s new vice-president and Lee Dufort has been named as secretary.

Brockman said the past board should be commended for their work after the bus crash.

“I want to express my extreme gratitude to the past board of directors along with the executive from last year for stepping up the way they did — their lives were also turned upside down and I am thankful for the work they did.”

Duell, who will remain the chairperson of the Humboldt Broncos Community Foundation and Memorial Fund, released a statement Tuesday night.

“It has been my pleasure to serve as an officer of the Humboldt Broncos junior hockey club,” said Duell.

“I plan to continue as director at large until the completion of my term next year.”

In April, a collision between the charter bus carrying the Humboldt Broncos to a Saskatchewan Junior Hockey League playoff game in Nipawin, Sask., and a transport truck left 16 dead and 13 injured.