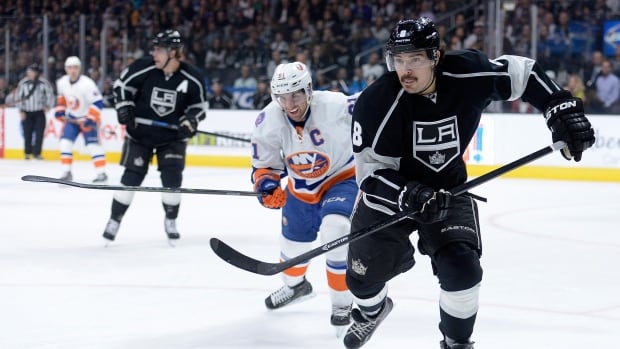 Blake added that the team will turn its attention to negotiations with the former Norris Trophy winner after this weekend’s draft. The Kings can begin discussing an extension with Doughty, who has played seven years of an eight-year deal he signed in September of 2011, on July 1.

“He knows right now our focus has been on the draft, and then I communicate with him,” Blake said. “We’ll sit down after and get things going.”

Doughty, 28, posted a career-high 60 points (10 goals, 50 assists) last season and is a Norris Trophy finalist. He previously won the award in 2015-16, a year after being the runner-up. This year’s winner will be announced Wednesday night at the NHL awards show in Las Vegas.

The three-time all-star has missed just four games in the last six seasons, all in 2013-14.

“I think a lot of teams would be excited about the opportunity to entertain John Tavares for sure,” Blake said. “There’s still time before that period would even come, and then whether you’re one of the teams in on it, but it definitely would be something you would have to look at. I don’t think players of that calibre come around very often and especially at that age.”