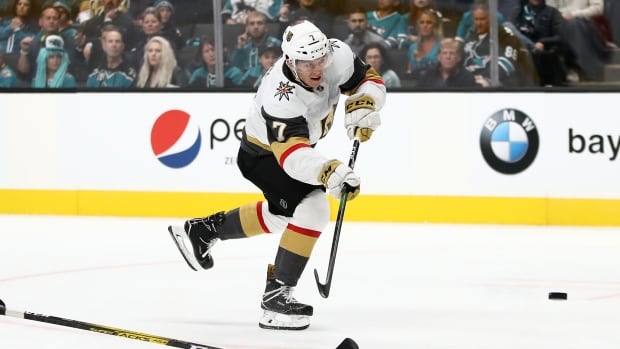 Vegas Golden Knights forward Valentin Zykov was suspended Thursday for 20 games without pay for a violation of the NHL’s performance-enhancing substances program, the league said.

The suspension is accompanied by a referral to the league’s program for Substance Abuse and Behavioral Health for evaluation and possible treatment. The league said it would have no further comment.

The Knights issued a statement saying the franchise respects the league’s decision.

“We monitor the nutrition, supplement intake, and overall diet of our athletes on a continual basis throughout our entire season,” the statement said. “Valentin knowingly used a banned substance without the consent, recommendation or knowledge of our team.”

Zykov is in his second season with the Knights. He was claimed on waivers by the Knights in December and spent the off-season in Las Vegas working on his conditioning to make the roster.

He has two assists in seven games this season after earning a spot on the third line, where he was expected to have an impact alongside Cody Eakin and Alex Tuch.

The 24-year-old Zykov is the second Knights player to be suspended due to a positive test for a performance-enhancing substance. Defenceman Nate Schmidt was suspended 20 games prior to the start of last season.