Mikko Koskinen made 40 saves for his first career NHL shutout and Drake Caggiula scored a pair of goals as the Edmonton Oilers pulled out a 4-0 victory over the Chicago Blackhawks on Thursday.

Jason Garrison and Alex Chiasson also scored for the Oilers (7-4-1), who have won four of their last five.

There were plenty of chances, but no scoring in the first period, with Koskinen making 15 saves and the Oilers putting eight shots on Ward in the Chicago net.

The Oilers broke the deadlock 18 seconds into the second period when Caggiula showed some deft hands in front, spinning around and then shovelling home his third of the season while being knocked to his knees from behind.

Koskinen made some exceptional stops to keep Edmonton in the lead, stopping Jonathan Toews on a short-handed breakaway with six minutes left in the middle period, and then Alex DeBrincat in tight later on during the same sloppy Oilers power play. 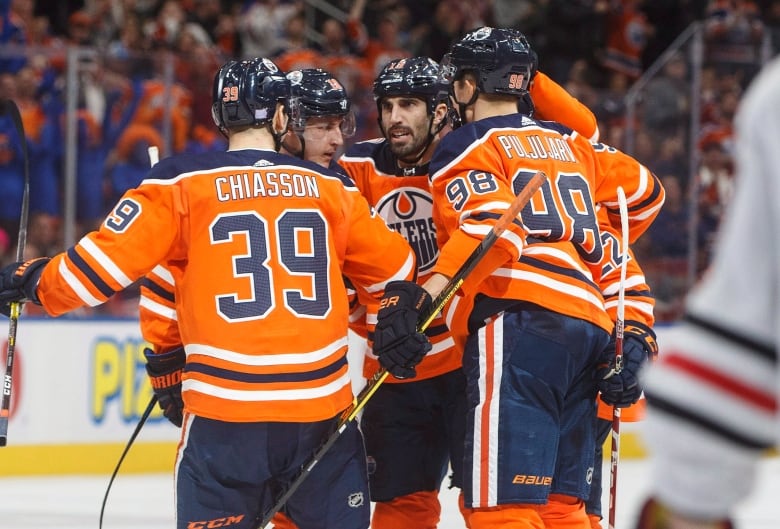 Edmonton went up 2-0 with another power-play opportunity, as Garrison scored on a point blast for his first goal as an Oiler — and first in his last 63 games — with 37 seconds left in the second.

The Oilers added to their lead with a short-handed tally seven minutes into the third as Jujhar Khaira did a good job to get it to Caggiula, who froze Ward on a deke before scoring his second of the game. 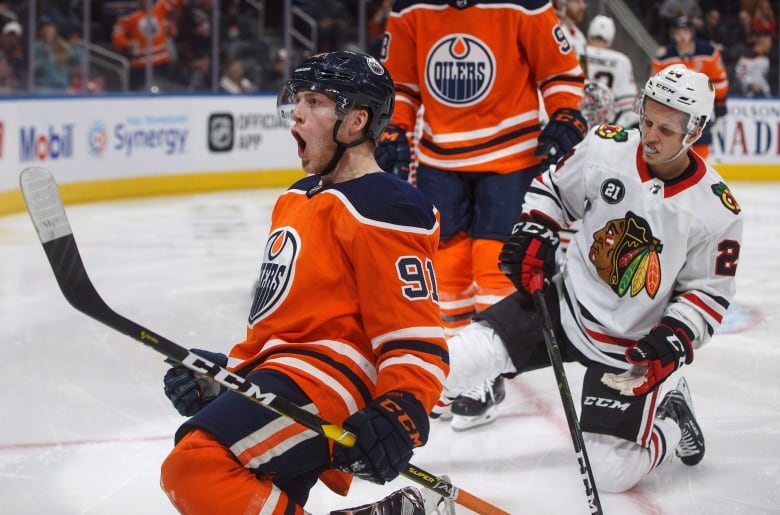 Edmonton got another midway through the third when Chiasson scored his fifth goal in his last six games.

Both teams are back in action on Saturday with the Hawks in Calgary and the Oilers playing in Detroit.