Max Domi scored with 21 seconds left in the game and Jesperi Kotkaniemi notched his first two career NHL goals as the Montreal Canadiens came from behind to defeat the Washington Capitals 6-4 on Thursday night.

Brendan Gallagher also had two goals and Joel Armia scored into the empty net for the Canadiens (7-3-2), who have yet to lose two consecutive games this season.

Carey Price, making his third straight start for Montreal, stopped 27-of-31 shots for his fifth victory of the season.

Alex Ovechkin and Lars Eller each scored twice for the Capitals (5-4-2) while goalie Braden Holtby made 38 saves on 43 shots in defeat.

Losing 4-3 with time running out, Kotkaniemi tied the game on his second of the night with 3:04 remaining in the game. Surrounded by three Capitals players, the young forward got his stick on the puck and his shot trickled past Holtby.

Domi gave the Canadiens the lead with 21 seconds on the clock when Holtby fanned on his wrist shot. Armia added an empty-netter off the ensuing faceoff.

The matchup pitted two Vezina Trophy winners against each other, but it didn’t look that way at times as the teams combined for five goals in the second period.

Down 3-1 early in the second, the visiting Caps scored three unanswered goals to take the lead.

Ovechkin potted his first of the encounter at 6:49 before Eller, with his second of the game, tied things up at 7:59 after a giveaway by defenceman Noah Juulsen.

The Washington captain continued his dominance over Price — he now has 18 career goals versus the Canadiens netminder — when a shot bounced off his body and in at 12:53 to give the Capitals a 4-3 lead. 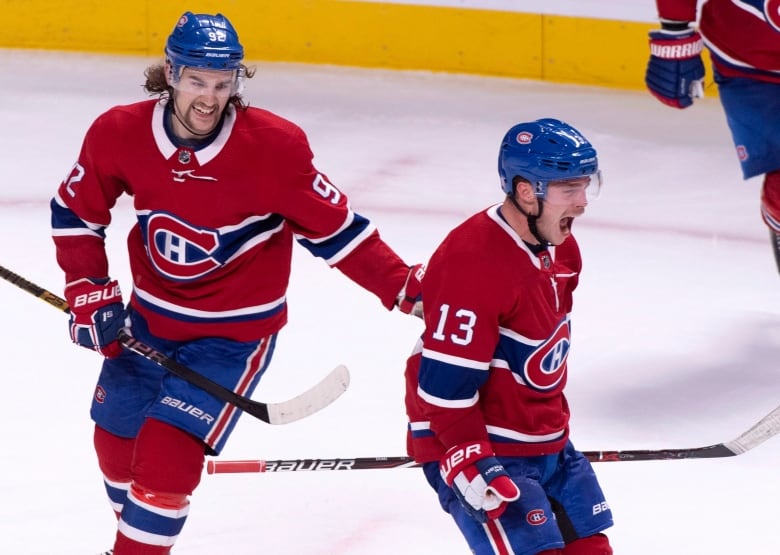 Ovechkin has 11 points in his past seven games.

Kotkaniemi kick-started the avalanche of goals with his first NHL tally just 2:28 into the game. Playing his 12th match of the season, the Canadiens first-round draft pick beat Holtby with a wrist shot on a fast break.

The reaction from the crowd was deafening as the Finnish centre — at 18 years and 118 days old — became the second youngest goal scorer in franchise history.

Former Canadiens forward Eller quieted the festivities at 6:16 of the first with his second of the season.

Gallagher gave Montreal a 3-1 lead with back-to-back goals in the second period.

His first came off a nice cross-crease pass by Tomas Tatar 32 seconds into the frame before beating Holtby again at 3:06 when a shot off the end boards bounced right on his stick for the easy backhand.