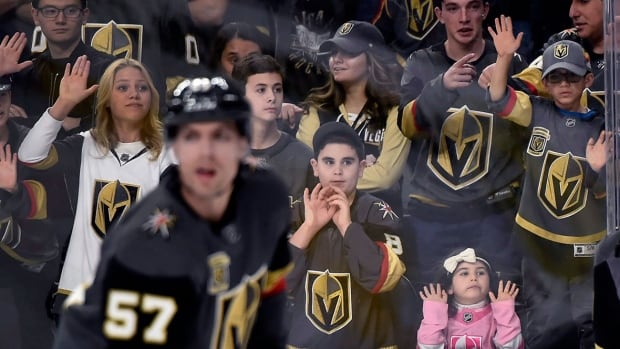 If anybody can provide perspective on what the hockey scene is like in Las Vegas, it’s the Zucker family.

Long before the NHL’s Golden Knights arrived and Stanley Cup fever swept the Strip, the Zuckers quietly worked to put the city on the hockey map.

“I like to say in the most non-conceited way possible that we are the first hockey family of Vegas,” says Evan Zucker, who is the director of player development for the Nevada Amateur Hockey Association.

For a family rooted in the desert, the Zuckers have enjoyed considerable success on the ice. All four of the Zucker boys, including Evan, played junior hockey. The best is Jason, who plays for the NHL’s Minnesota Wild and scored 33 goals this season.

The family`s deep connection to the game has made the Golden Knights’ improbable run to the Stanley Cup Final as an expansion team all the more enjoyable.

“It’s amazing how people have gravitated to the sport. There’s a lot of people who had never been to a hockey game before, so it’s amazing how the fan base has attached itself to the Knights,” says family patriarch Scott Zucker, the president of the NAHA.

The Knights’ magical season has created what could become a lasting interest in what was once a foreign game for most Las Vegas natives. For years before the team arrived, hockey in the desert was the dominion of a committed few.

Currently, in the entire state of Nevada, there are five sheets of ice. They’re housed in three arenas, all located in Las Vegas. Two more are expected to be added next year. There are 1,200 registered players, with about 450 of those under the age of 18.

Scott Zucker expects a massive increase in those numbers.

“Having an NHL team here has made a huge, huge, difference. We are seeing a huge influx in the learn-to-skate programs,” he says. “At the beginning of the year I was saying if it doubles or triples in the next few years, that would be great. But I could see it now going at a faster pace based on the success of the Knights.”

Evan Zucker says there has been a growing curiosity about hockey and skating since it was announced the Knights were coming.

“As soon as the Knights started, out of nowhere we had 400 kids show up at our first learn-to-skate program, so we doubled our participation overnight. It was pretty crazy.”

The NHL team has lent its name to a local hockey program and donates some equipment for those new to the game.

Evan Zucker says the goal is to initiate youngsters into the Las Vegas Junior Knights house league program and eventually into the travel program, which sends more-developed players to tournaments across North America.

And it goes beyond youth leagues. Evan Zucker says there is growing interest from area high schools about adding hockey to the sports calendar.

Jordan Van Son is the hockey director at the Las Vegas Ice Center, the city’s main arena complex. He says hockey is slowly carving out a place in the youth sports landscape, which has been traditionally dominated by soccer and baseball.

He says the introduction-to-hockey programs are especially popular.

“When I started them last year, we only offered it two days a week and only had about 60 kids. Now we had to move to four nights a weeks and we have 130 kids.”

Van Son says adults are also flocking to the arena.

“It’s booming. I have 30 guys a night. These are guys that have never played before,” Van Son says. “People like the speed and the physicality. You don’t see that in baseball, soccer or basketball. That’s definitely what people are drawn to out here.”

Attracting players to the ice used to involve a lot of convincing. In a desert city with no real connection to hockey, selling a game played indoors on ice was difficult.

“We have never really had hockey fans here,” Evan Zucker says. “They have never seen anything with the speed and aggression and just the overall feel of hockey.”

These days, the game sells itself, according to Scott Zucker.

Amazing what a Stanley Cup run can do.