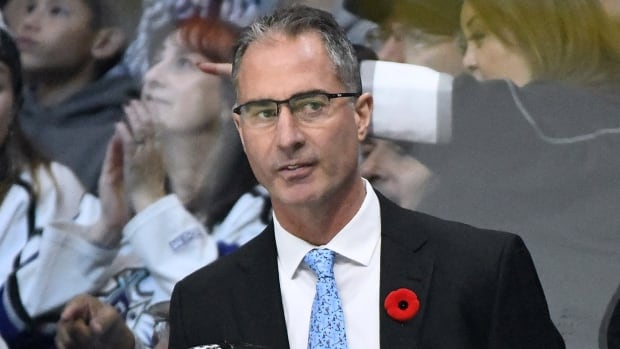 Head coach John Stevens and assistant Don Nachbauer have been fired by the struggling Los Angeles Kings just 13 games into his second season in charge.

“This is a critical time in our season and our results to date have fallen well below our expectations,” Kings general manager Rob Blake said in a statement. “With that in mind, this was a difficult decision but one we feel was necessary.”

Los Angeles is last in the overall NHL standings after a 4-8-1 start. The Kings have been outscored 45-28, but had won two of three after a six-game losing streak.

The Kings went 45-29-8 last season, finishing fourth in the Pacific Division and getting swept in the first round of the playoffs.

Stevens took over in 2017 after seven years as an assistant in Los Angeles under Terry Murray and Darryl Sutter. The former Philadelphia Flyers head coach was an assistant on the Kings’ Stanley Cup-winning teams in 2012 and 2014.