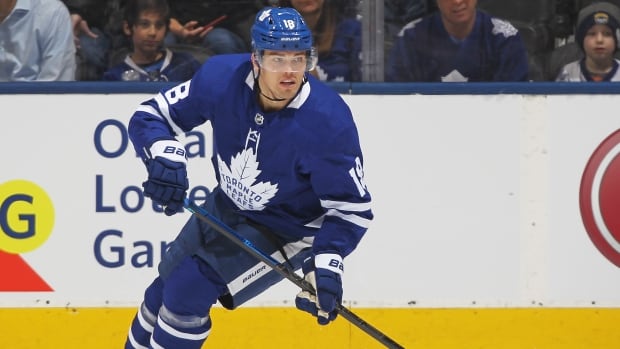 Maple Leafs winger Andreas Johnsson requires surgery on his right knee and will be out of the lineup at least eight weeks, Toronto head coach Sheldon announced Friday.

Johnsson was injured in the first period of Thursday’s 3-2 home loss to the Dallas Stars on a collision with teammate Kasperi Kapanen.

The 25-year-old Swede has eight goals and 21 points in 43 games this season. Johnsson also missed 15 games earlier in the schedule with a leg injury suffered after blocking a shot against on Dec. 6. The minimum eight-week timeline for Johnsson’s return means he won’t be available until the playoffs — if the Leafs qualify.

In other injury news, Keefe said defenceman Morgan Rielly should be able to put weight on his broken foot “in a week or so” after suffering the injury Jan. 12. The team is targeting late March for his return.

Two points up on the Florida Panthers for third in the Atlantic Division, Toronto visits the Ottawa Senators on Saturday and the Buffalo Sabres on Sunday. Florida has a game in hand on the Leafs.