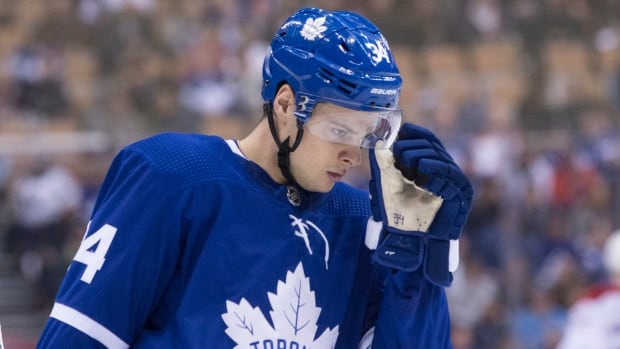 Auston Matthews is expected to miss at least four weeks with a shoulder injury, the Toronto Maple Leafs announced Monday.

Auston Matthews (shoulder) is expected to be out a minimum of four weeks and will be placed on injured reserve today. <a href=”https://twitter.com/hashtag/LeafsForever?src=hash&amp;ref_src=twsrc%5Etfw”>#LeafsForever</a>

Matthews was injured during Saturday’s 3-2 home win over the Winnipeg Jets.

Watch how Matthews hurt his shoulder:

Matthews leads the Leafs, and is tied for second in the NHL, with 10 goals in 11 games this season.

The 21-year-old forward scored 10 goals in the first six games of the season, but went without a goal in each of his last five.