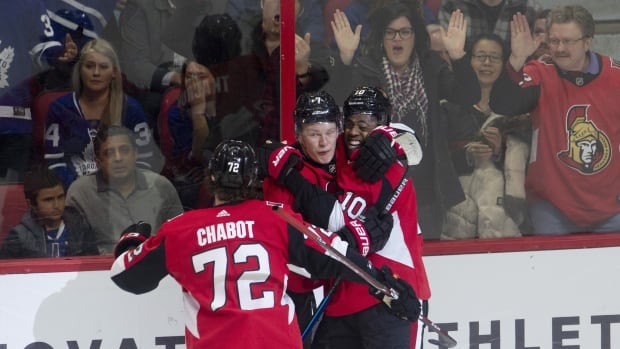 The Leafs lost 4-2 to Ottawa on Saturday night, Toronto’s second loss in the nation’s capital in two weeks.

The Canadian Tire Centre game operations staff appeared to troll Toronto in the final minute, playing the Leafs’ goal song — “You Make My Dreams” by Hall & Oates — as the Senators put the final touches on a victory.

With the loss, the Leafs squandered an opportunity to clinch a playoff berth and are now 3-5-2 in their past 10 games.