Nazem Kadri’s first goal of the season stood up as the winner as the Toronto Maple Leafs beat the Winnipeg Jets 4-2 on Wednesday.

Nikolaj Ehlers and Mark Scheifele scored for the Jets (6-3-1).

Frederik Andersen stopped 38 shots for the win while Connor Hellebuyck made 35 saves in defeat.

Winnipeg wrapped up its six-game homestand 4-1-1 and now hit the road with stops in Detroit Friday, Toronto Saturday and then a long haul across the Atlantic to Helsinki, Finland, for games Nov. 1-2 against the Florida Panthers.

The first period saw wild swings in momentum, but no scoring until Kapanen threaded one through a traffic jam in front of the Winnipeg net at 14:38. The Leafs outshot the Jets 18-14 in the opening 20 minutes. 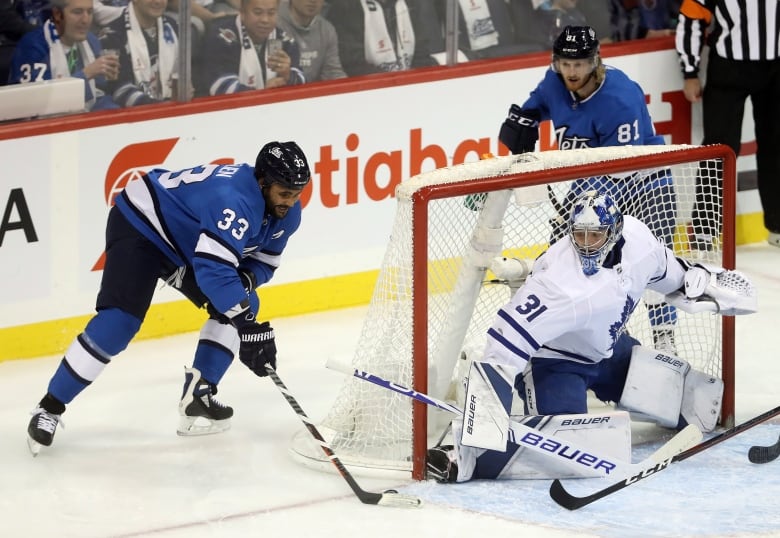