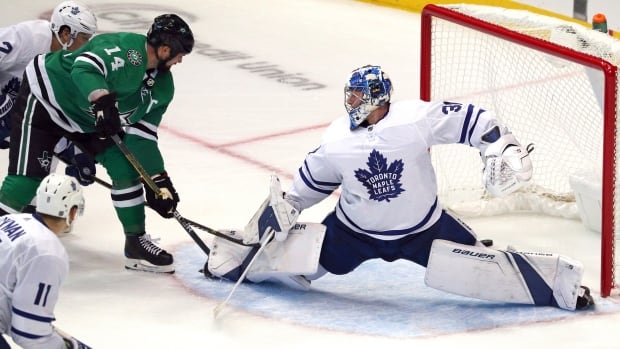 The team made the announcement hours after confirming backup Garret Sparks would be the starter for Monday night’s game against the visiting Los Angeles Kings.

Eamon McAdam was recalled from the ECHL’s Newfoundland Growlers on emergency basis to back up Sparks.

Andersen has a 4-1 record, but sports a mediocre a 3.02 goals-against average and a .899 save percentage so far this season.

Sparks made 25 saves but allowed six goals in his only start this season, a wild 7-6 overtime victory over Chicago last week.