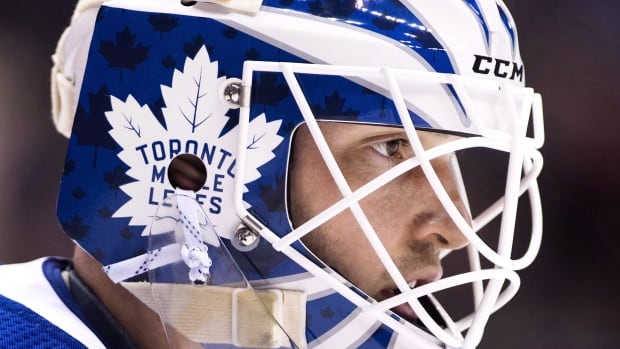 The 29-year-old had a 2-3-0 record with a 2.64 goals-against average and a .914 save percentage in five appearances with the Leafs after he was acquired from the Florida Panthers in late December.

Hutchinson was pressed into service at the time with No. 1 goalie Frederik Andersen and backup Garret Sparks both nursing injuries. In 23 games with the AHL’s Toronto Marlies this season, the native of Barrie, Ont., is 14-5-3 with a 2.70 GAA and a .910 save percentage.

Leafs head coach Mike Babcock said earlier this week Andersen would start the final two games of the regular season. The Dane made 26 saves in Thursday’s 3-1 loss to the Tampa Bay Lightning. Toronto wraps up its schedule Saturday in Montreal against the Canadiens.

Toronto is preparing the face the Boston Bruins in the first round of the playoffs next week. The Leafs fell to their Atlantic Division rivals in seven games at the same juncture last spring.

An emergency recall the first time he was summoned to the NHL by Toronto, Hutchinson would have to pass through waivers to be sent back down to the AHL.