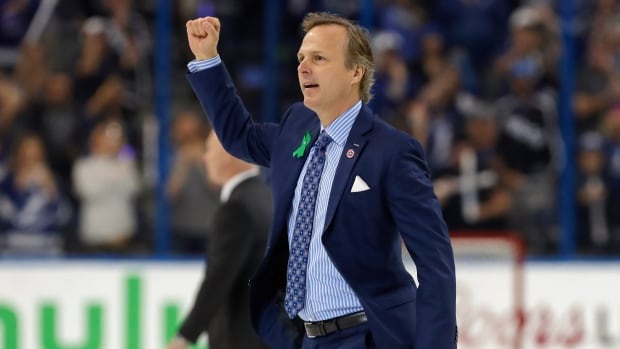 The Tampa Bay Lightning announced a multi-year contract extension Tuesday for coach Jon Cooper amid a record-breaking season for the franchise.

With five games remaining in the regular season, the Lightning lead the NHL with 122 points — 21 more than any other team in the league entering Tuesday’s play. The previous club record was 113 points set last season, also under Cooper.

“I am very pleased to announce Jon’s extension today,” vice president and general manager Julien BriseBois said in a statement. “His ability to forge impactful relationships with everyone from players to staff has been a trademark of his tenure with the organization and he is the absolute best coach for our hockey team.”

The team did not disclose the length of the extension.

Tampa Bay clinched the Presidents’ Trophy for the league’s best record earlier this month, before any other Eastern Conference team had secured a playoff berth.

Cooper, 51, joined the Lightning in March 2013 and owns a 302-157-44 record. He is the longest-tenured and the winningest coach in franchise history.