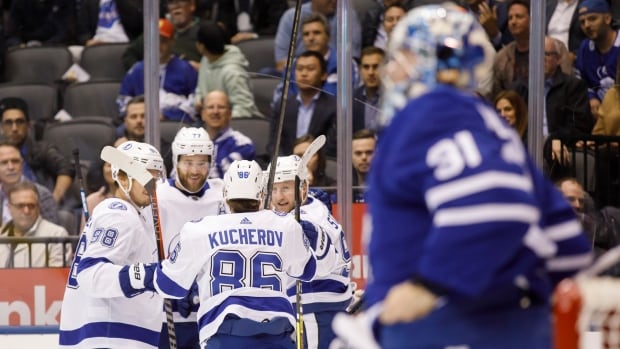 Nikita Kucherov scored twice as part of a four-point night, Brayden Point had two goals and an assist in his season debut, and the Tampa Bay Lightning thumped the Toronto Maple Leafs 7-3 on Thursday.

Anthony Cirelli chipped in with three assists and Andrei Vasilevskiy made 25 saves to get the victory as the Lightning emphatically halted an early two-game slide.

Auston Matthews, with a goal and an assist, John Tavares and Andreas Johnsson replied for Toronto (2-2-1).

Frederik Andersen allowed seven goals on 28 shots before getting the hook in favour of Michael Hutchinson seven minutes into the third period. Hutchinson finished with five saves.