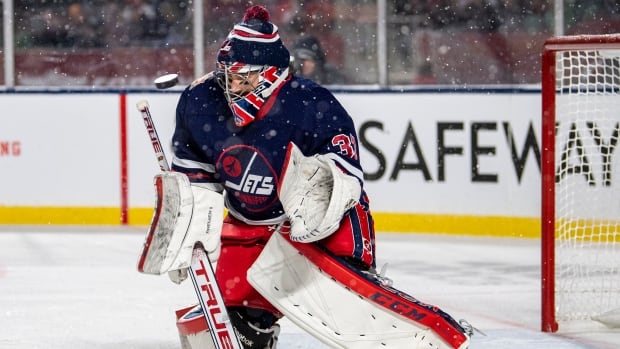 Bryan Little scored the overtime winner for the Winnipeg Jets in a 2-1 win over the Calgary Flames in Saturday’s Heritage Classic outdoor game.

Little scored off a 2-on-1 with Kyle Connor at 3:04 of extra time, tucking the puck under Flames goaltender David Rittich at the corner of the net.

The NHL’s 28th outdoor game since 2003 was a prairie-province showdown at Regina’s Mosaic Stadium, which was Canada’s first non-NHL ‘neutral’ site for an outdoor game.

Elias Lindholm scored for Calgary (6-6-1). Rittich stopped 43 shots in his first start in an outdoor game.

The 33,350-seat Mosaic Stadium built in 2017 to be the new home of the CFL’s Saskatchewan Roughriders was sold out and liberally sprinkled with Flames red, Jets blue and Roughrider green.