The Montreal Canadiens had just won the Stanley Cup on the cup’s 100th anniversary, and the streets were packed with fans jostling for a chance to see their heroes pass by.

The players were on parade, atop a float, hoisting the silver cup above their heads in exultation. 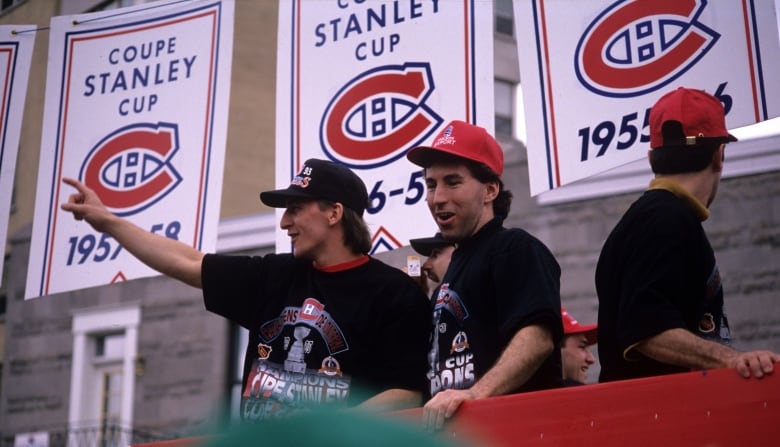 Members of the Stanley Cup-winning 1993 Montreal Canadiens team enjoy the parade as it made its way down Sherbrooke Street. (Charles Contant/CBC)

It was the last time the Habs — or any other Canadian team, for that matter — would taste that glory for 25 years (and counting).

CBC videographer Charles Contant was at the parade that filed along Sherbrooke Street, and he has the photos to prove it. 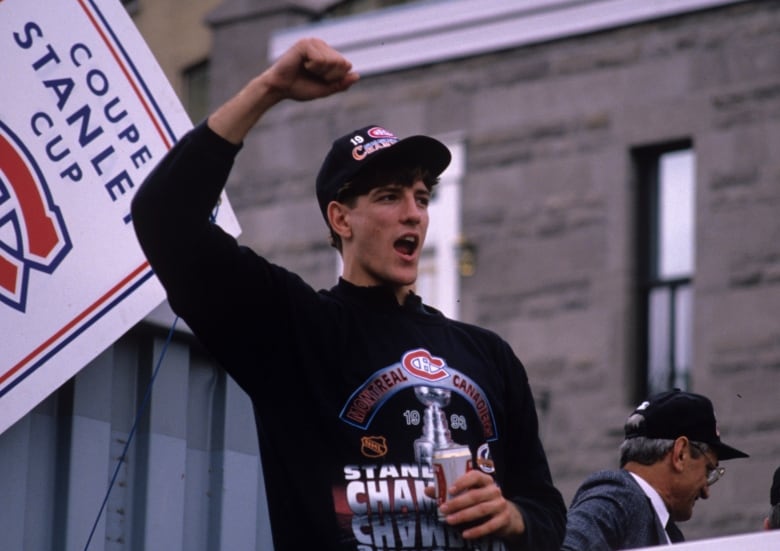 Patrice Brisebois, who went on to play more than 1,000 NHL games before retiring in 2009, celebrates the Habs victory with a beer aboard the players’ float. (Charles Contant/CBC)

“We were so proud,” recalled Contant. “It was an incredible atmosphere.”

He and some friends had been out of town on a camping trip and heard the news of the Habs’ victory over the Los Angeles Kings while driving back to Montreal.

No one could have known at the time that it would be the last time in a quarter century that Montreal would achieve such heights. 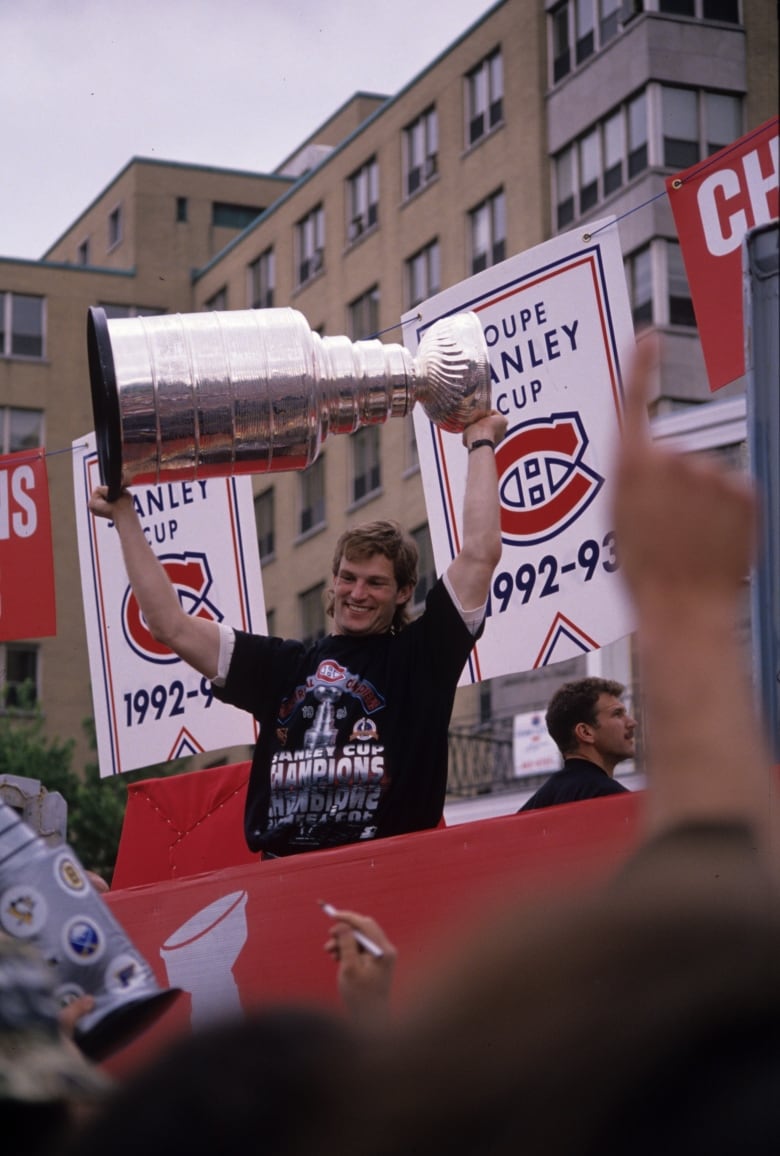 “We never would have thought that 25 years later, we wouldn’t have had that experience again. For me, who watched the Habs in the 1970s, it was a Stanley Cup practically every year,” said Contant.

“If you had told me at the time, I wouldn’t have believed it.”

The excitement in the air was palpable, as the crowd caught sight of homegrown players, including Patrice Brisebois, André Racicot and Denis Savard.

Few people who watched Game 5 against the Kings at the old Montreal Forum could forget the game-winning goal scored by Ontario-born Kirk Muller. 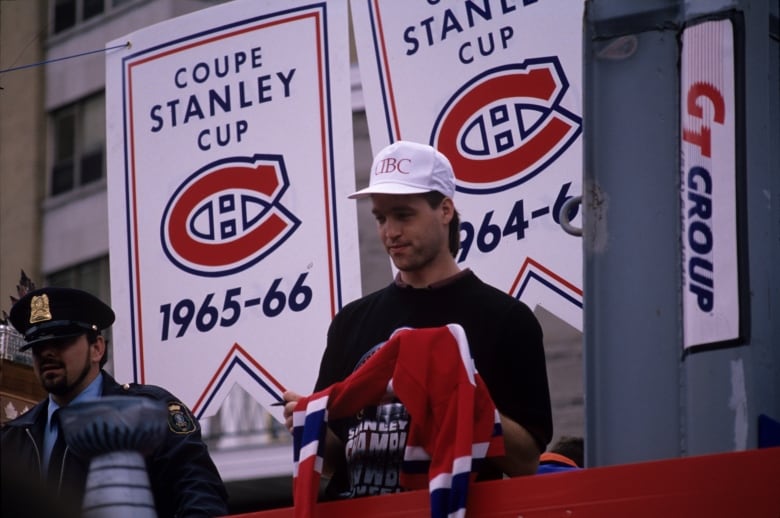 And there were great cheers for goaltender Patrick Roy, who won the Conn Smythe Trophy awarded to the most valuable player of the Stanley Cup playoffs for a second time.

The parade was a tame celebration compared to the one that came after the Habs’ victory on the night of the big win.

Fans spilled from the forum, and the mood turned from jubilant to ugly.

In the ensuing riot, stores were looted and Montreal police cruisers were set on fire. The vandalism cost millions of dollars in damage and resulted in more than 100 arrests.