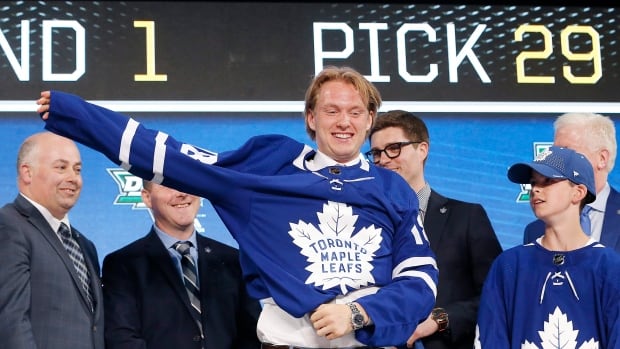 Sandin had 12 goals and 45 points this past season with the Ontario Hockey League’s Sault Ste. Marie Greyhounds. He added one goal and 12 assists in 24 playoff games and was named to the OHL’s first all-rookie team.

Sandin has represented Sweden on multiple occasions, including at the most recent U18 Hlinka Memorial tournament.