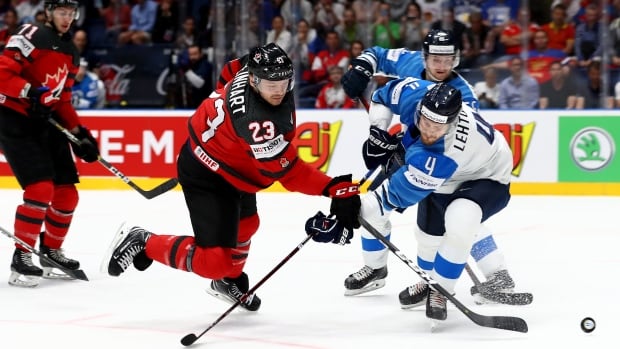 The Toronto Maple Leafs have signed Finnish defenceman Mikko Lehtonen to a one-year, entry-level contract for the 2020-21 season, the club announced Monday.

The 26-year-old is coming off a 17-goal, 49-point effort over 60 games with Jokerit to lead all Kontinental Hockey League blue-liners in scoring.

Viewed by many observers as the top European-based defenceman in 2019-20, Lehtonen is coming off a KHL all-star appearance, and was named the league’s top player at his position three times from November through January.

The left-shot native of Turku added a goal and three assist in six playoff games prior to the cancellation of the KHL schedule due to the COVID-19 pandemic.

Before joining Jokerit, the five-foot-11, 196-pound Lehtonen won an Swedish Hockey League title in 2016-17 as a member of HV71 and captured a bronze medal in Finland’s top division in 2017-18 with Tappara.

Lehtonen has twice helped Finland win gold on the international stage — at the 2014 world junior hockey championship and the 2019 men’s world championships — and also represented his country at the 2018 Winter Olympics in Pyeongchang, South Korea.