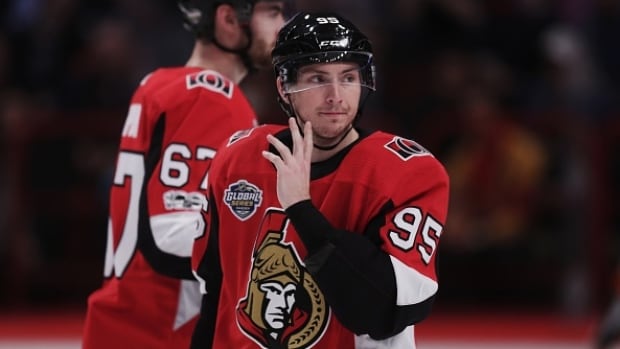 Matt Duchene believes the Ottawa Senators might surprise a few people this season.

Duchene, who took part in an informal scrimmage with several of his Senators teammates Monday, says he sees plenty of reason for optimism heading into a new campaign — despite all the negative headlines about the team in recent months.

“I think we’ve got a lot of speed, a lot of talent and I think people are overlooking a lot of it,” said the 27-year-old centre from Haliburton, Ont. “I think some of that talent is going to come from our young guys and I think we’re going to have a chip on our shoulder. I’ve played on some teams where you have a tough year the year before and guys come in hungry and I see that from our guys right now.

The Senators finished second-last in the NHL last season after reaching Game 7 of the Eastern Conference final in 2017. During the lousy season, they also had several off-ice issues pop up.

Owner Eugene Melnyk drew heated criticism for saying the team could move if attendance didn’t pick up. There also has been constant speculation about captain Erik Karlsson’s future with the squad, which only picked up when his wife filed an order of protection against former teammate Mike Hoffman’s fiancee for alleged cyberbullying.

Meanwhile, assistant general manager Randy Lee resigned this summer after being accused of harassment in Buffalo.

Duchene, however, said the off-ice issues weren’t that big a factor in the team’s tumble.

“Honestly, probably not as much as you would think,” said Duchene, who was acquired in a three-team trade last October. “Last year just got away from us for a lot of reasons and we’re looking to right those this year.

“We’ve got to just forget about it … It doesn’t matter, it’s over, it’s in the past. Learn from it, obviously. We’ll have a better culture in the locker room this year and it starts with the older guys leading the way and obviously we’re probably going to have a little bit younger team and that will bring a lot of youth and exuberance to our team and that will be fun.”

While Karlsson has been the subject of numerous trade rumours, Duchene also is entering the final year of his contract.

“I’m just concerned with having a good start to the season,” said Duchene, who had 27 goals and 59 points last season. “I haven’t really thought about it, honest to God, I’m just excited to be back with the guys. We have a really good group and I think we can have a good start to the season. A lot of people are writing us off, but I don’t see it that way. I think we have a lot of talent and a lot of guys that are willing to work together and have fun doing it.”

Duchene said he spoke with Senators general manager Pierre Dorion spoke this summer and is hopeful a deal can be reached.

“I’d love for it to work out. Obviously it’s my home province, three hours from home, Canadian city, it’s a great situation for me so it would be awesome if things could work out that’s for sure,” Duchene said.

This will be Duchene’s first training camp with Ottawa after spending the past eight seasons with the Colorado Avalanche.

“It’s weird,” Duchene said. “I was in Denver right before. We do a camp up in Vail every fall and I was up there last week, we still have our house there, my wife’s from there so we were spending some time and we just kept saying how weird it was that we were coming up here. It’s good weird though. It’s an exciting opportunity and another new experience for me.”