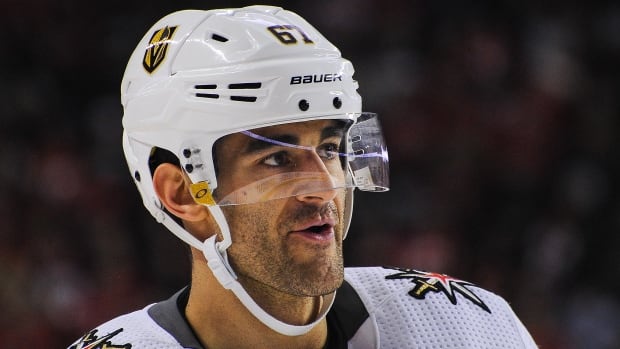 Vegas Golden Knights forward Max Pacioretty is setting the bar high should the NHL resume play and determine a champion.

“I think this will be the hardest Stanley Cup to win out of all of them. Look at all the obstacles,” Pacioretty told the Golden Knights’ website. “Who knows when we’re going to play, where, fans or no fans, everything is up in the air.

“With that being said, whatever teams that have been banged up are healing up right now. They’re getting their bodies ready, and you better believe everyone around the league is trying to get every advantage possible in terms of recovery and getting in whatever shape they can. Most teams go into the [Stanley Cup playoffs] beat up, but that won’t be the case this year. Guys are going to be healthy and teams are going to be able to show their true forms with pretty much every player on the roster.”

The NHL season, like those of all other major North American sports leagues, was halted in mid-March due to the coronavirus pandemic.

All NHL teams had between 11 and 14 regular-season games remaining when play was paused. The format to be used when and if action resumes remains uncertain.

NHL deputy commissioner Bill Daly told ESPN recently that the league is listening to offers from venues around North America that are volunteering to host neutral-site playoff games. Among the sites that could host games, probably without spectators, are Grand Forks, N.D.; Manchester, N.H.; and Saskatoon.

NHL Players Association executive director Donald Fehr, however, said Saturday he had not yet had discussions with the league about any specifics related to neutral-site locations.

Pacioretty insisted that he has no problem playing the waiting game.

“I mean, if we had to wait six months and play in Antarctica, I’d be willing to do that,” Pacioretty said.

When the season was suspended, Pacioretty had a team-leading 32 goals and 66 points for the Golden Knights (39-24-8), who led a congested Pacific Division at the time.