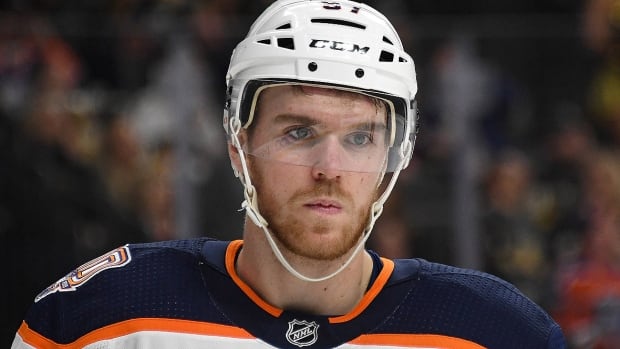 Connor McDavid didn’t try to hide his feelings after the Edmonton Oilers’ playoff fate was sealed.

When asked what his frustration level was after the Oilers’ post-season hopes officially were extinguished on Monday, the Edmonton star said, “It’s really high. It’s really, really high.

Connor McDavid scored his 41st goal of the season on Monday in Edmonton’s 2-1 loss to the Golden Knights. 0:30
The Colorado Avalanche knocked the Oilers out of playoff contention by earning a point in a 3-2 shootout loss to the St. Louis Blues earlier in the day.

McDavid led the league in scoring the last two seasons and is poised to finish second this year, but there hasn’t been nearly as much team success.

But while the team flirted with playoff contention, the Oilers were on the fringes of the race most of the way.

‘Slim margin of error’ in NHL

“It’s been a roller-coaster, it’s been emotionally challenging, it’s been hard mentally to kind of keep on going. But we were always kind of right there. We were close and then we’d drift away.”

The Oilers have now missed the playoffs 12 of the past 13 years.

“It sucks, obviously,” McDavid, the team’s captain, said. “It’s not good enough all year. We let streaks drag on, times where we couldn’t find ways to get wins drag on. You got to find a way to stop the bleeding quick. It’s a slim margin of error in this league.”