Darnell Nurse scored his first goal of the season 1:25 into overtime as the Edmonton Oilers overcame a three-goal deficit to beat the Winnipeg Jets 5-4 Tuesday.

Connor McDavid scored twice and added a pair of assists for the Oilers, who were down 4-1 to start the third period.

McDavid set an NHL record for being in on his team’s first eight goals to start a season, breaking Adam Oates’ record of seven he had with Detroit in 1986-87. McDavid, his second assist of the game gave him nine points (four goals and five assists). 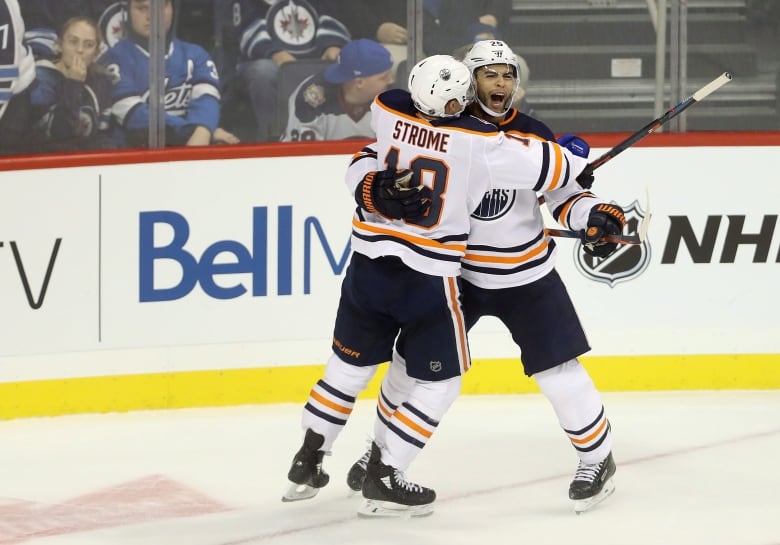 McDavid connected on the power play when he cut smoothly to the front of the net and flipped a backhand shot past Hellebuyck at 12:49.

But 22 seconds later, Chiarot regained his team’s two-goal lead with his point shot that had Patrik Laine providing the screen in front of the net.