Welcome to The Buzzer — the new newsletter from CBC Sports. Sign up here to get it delivered directly to your inbox every weekday.

Here’s what you need to know right now from the world of sports:

Five men and one woman will be enshrined at tonight’s induction ceremony in Toronto. Here’s a little about each of them:

Gary Bettman: It’s hard to think of a hall of famer more loathed by hockey fans. That’ll happen when you preside over three lockouts (including one that wiped out a full season). But Bettman always made money for his partners. In his 25 years — and counting — as the NHL’s commissioner, the league has grown from 24 teams to 31 and increased its revenues from $400 million US a year to more than $4 billion. That’s a lot more cash in the pockets of owners and players.

Martin Brodeur: One of the greatest goalies ever, Brodeur is the all-time leader in wins and shutouts. He won the Vezina Trophy as the NHL’s best goalie four times and anchored his stifling New Jersey teams to three Cups. That little trapezoid you see behind the net today? NHL rulemakers put it there partly because they were tired of Brodeur controlling the game with his puck-handling skills away from the goal.

Willie O’Ree: Hockey’s closest thing to Jackie Robinson, O’Ree became the NHL’s first black player when he suited up for Boston in January 1958 — 11 years after Robinson broke baseball’s colour barrier. O’Ree was no Jackie in terms of skill — he’d go on to play only 45 NHL games and score four goals. But he enjoyed a long pro career, logging more than 1,000 games in the minors.

Martin St. Louis: One of hockey’s great feel-good stories, the undersized forward worked his way up from undrafted free agent to two-time scoring champ and NHL MVP in 2004. He also won the Cup that year with Tampa Bay. St. Louis was short (nobody bought his listed height of 5-foot-8) but he carried a big stick (literally) and his tree-stump legs are legendary. Seriously, check ’em out in the photo below.

Alexander Yakushev: “Big Yak” was just that — an immovable beast in front of the net for the Soviet team that nearly toppled Canada in the famed 1972 Summit Series. Yakushev might have gone down as the hero of that event — he led the Soviets with seven goals, including a pair in the deciding Game 8 — if Paul Henderson hadn’t stolen the show. Henderson, famously, is still not in the Hall of Fame. 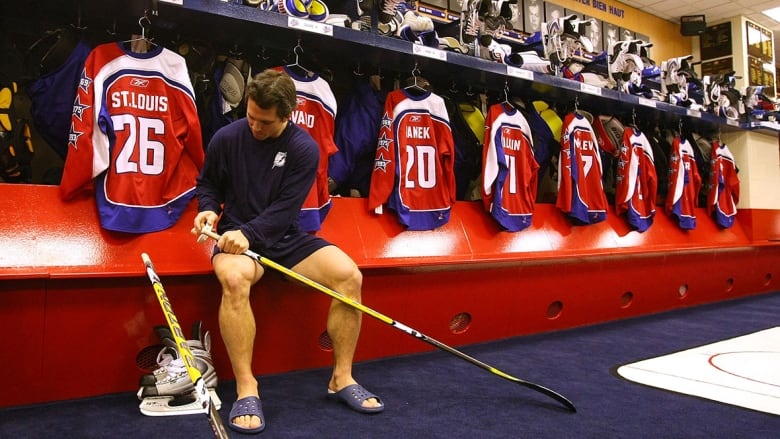 The NHL settled a big concussion lawsuit. It was by far the biggest one facing the league, with a group of more than 100 former players accusing the NHL of not doing a good enough job of preventing, or warning them about, head trauma. The settlement is worth $18.9 million US — including a $22,000 cash payment for each player. The NHL will also cover the cost of neurological testing and up to $75,000 in medical treatment for those that qualify, and a fund will be set up to support retired players. Under the deal, though, the league doesn’t acknowledge any liability for any of the players’ claims. That was also a key element of the billion-dollar settlement the NFL reached for a similar lawsuit a few years ago.

R.J. Barrett and the Blue Devils are No. 1. Duke moved into top spot in the men’s college basketball rankings today after starting the season with two impressive wins. The Canadian Barrett set a school record for a freshman debut with 33 points against Kentucky last week, and followed with 23 in a rout of Army. Barrett and fellow freshman Zion Williamson could be the top two picks in the next NBA draft.

It’s crunch time for Calgary’s Olympic bid. Tomorrow, Calgarians will vote in a plebiscite asking whether or not they’re in favour of their city continuing to pursue the 2026 Winter Olympics. The result is non-binding, but the city council will almost certainly follow the will of the people. We’ll have a primer on the referendum, and what it means, in tomorrow’s edition of The Buzzer. 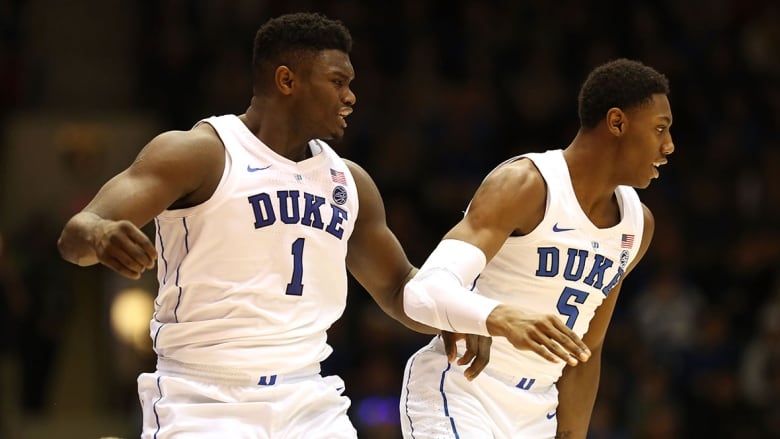 If you’re one of those people who thinks the weekend starts on Thursday night (I am one of those people) then no one had a better weekend than the Hamilton quarterback. On Thursday Masoli was named a finalist for the CFL’s Most Outstanding Player award, and on Sunday he threw three first-half touchdown passes as the Ticats destroyed B.C. 48-8 in their playoff game. Hamilton travels to Ottawa next week for the East Division final.

Officials missed a devastating high hit that knocked Saskatchewan QB Brandon Bridge out of the game late in Sunday’s playoff loss to Winnipeg. No penalty was called, and a replay showed that the ref’s view was blocked. Riders fans were enraged — especially since Bridge was only in there because No. 1 QB Zach Collaros had been sidelined by another high hit in their regular-season finale.

The Bridge hit probably didn’t impact the outcome of the game — the Riders still had a long way to go in not much time and needed a TD. But it was another blow to a league that has tried to put more emphasis on player safety. CFL commissioner Randy Ambrosie said he’ll consider allowing video replay officials to flag such plays next year. Winnipeg will now face top-ranked Calgary in the West final, by the way.

Not bad for a rookie. The 20-year-old Canadian short track speed skater continued her stellar start by winning her first World Cup gold medal. Charles’ victory in the 1,000-metre race in Salt Lake City came a week after she collected three bronze medals in her first World Cup meet.

The disgruntled NBA all-star finally got his wish when Minnesota traded him to Philadelphia on Saturday. Butler goes from a dysfunctional team (to be fair, he caused some of that dysfunction) to one that already had two legit stars in Ben Simmons and Joel Embiid. The Sixers’ new Big Three could threaten Toronto’s status as the frontrunners to win the East and earn the privilege of losing to Golden State in the Finals.
.
Loser: NFL gamblers

Last week was a disaster for the bookies, who got cleaned out when a bunch of popular NFL teams won by big margins. They got their revenge Sunday as big “public” sides in Kansas City, New England, Atlanta and Philly failed to cover the spread — and even lost outright, in the case of the last three.

You’re up to speed. Get The Buzzer delivered to your inbox every weekday by signing up here.

Got an idea, question, comment or other feedback on the newsletter? A hot sports take you want to share? Drop us a line at thebuzzer@cbc.ca.