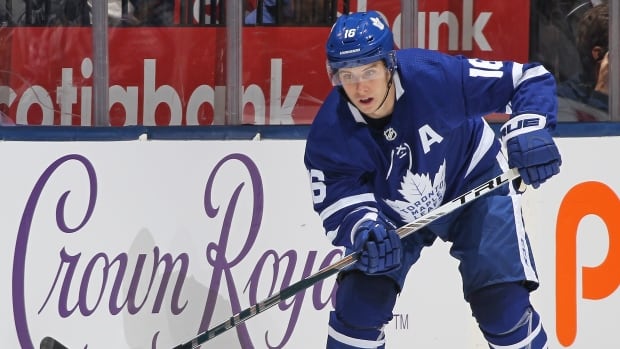 The Toronto Maple Leafs will be without the services of forward Mitch Marner longer than they hoped.

The club announced on Sunday that Marner underwent an MRI exam on his injured ankle and will be out of the lineup for a minimum of four weeks.

Maple Leafs forward Mitch Marner underwent an MRI exam today after sustaining an ankle injury in last night’s game vs. PHI. <br><br>Marner is expected to be out of the lineup for a minimum of 4 weeks, at which point he will be reassessed by the <a href=”https://twitter.com/MapleLeafs?ref_src=twsrc%5Etfw”>@MapleLeafs</a> medical staff. <a href=”https://twitter.com/hashtag/LeafsForever?src=hash&amp;ref_src=twsrc%5Etfw”>#LeafsForever</a>

Marner sustained the injury in Saturday’s 3-2 loss against the Philadelphia Flyers.

He was hurt after falling awkwardly on his right leg off the second period’s opening faceoff. He struggled mightily to get to the bench and went the locker room.

He returned during a television timeout to test his ankle, but once again headed off and was done for the night.

The 22-year-old has four goals and 18 points in 18 games with the Maple Leafs this season after signing a six-year, $65.3 million US contract in September.

He led Toronto last season with 94 points in 82 games.