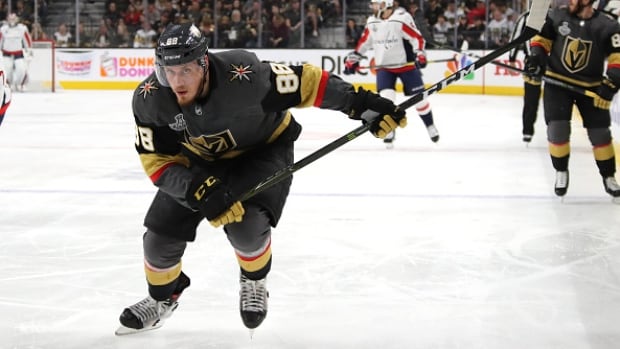 Current and former teammates expressed degrees of disbelief about the suspension this week after the NHL announced the Vegas Golden Knights defenceman’s punishment on Sunday. Schmidt insisted he didn’t intentionally take a banned substance and couldn’t have gotten any performance benefit from the “trace amount” that got into his system.

“I really didn’t see how this guy, how this could happen to him,” said Fleury, the goaltender who helped Vegas reach the Stanley Cup Final last season. “He’s obviously a very straightforward guy. I really believe everything he says. He’s a standup guy, and I don’t see him doing this kind of stuff.”

Schmidt and the Golden Knights released statements disagreeing with the suspension, though neither specified the substance. Schmidt said one of the experts testifying on his behalf at the appeal hearing likened the amount to a pinch of salt in an Olympic-sized swimming pool.

The appeal, which was heard by a neutral arbitrator, was denied.

NHL deputy commissioner Bill Daly said he tries not to pay attention to the blowback from suspensions like this.

“I think it’s the nature of any performance-enhancing drug policy,” Daly said. “I don’t view Nate’s reaction to this or the club’s reaction to this to be far different than other reactions you see from other athletes in other sports. It’s just the nature of the beast. I think it’s an unfortunate incident. Nate’s a good guy, he’s a great player. I wish it didn’t happen as much as he does.”

Oshie, who played with Schmidt for two seasons in Washington, trusts the explanation that it wasn’t intentional.

“I think he’s being very honest that this was out of his hands,” Oshie said. “Knowing Schmidtty and the type of person he is, I can only think that he got the worst run of bad luck you could ever imagine. That’s the nightmare of trying to be healthy and take supplements is something gets tainted in a warehouse that no one would ever have any idea how it happened.”

Former Capitals teammate Evgeny Kuznetsov isn’t as much worried about how it happened as how Schmidt responds to adversity.

“We all know he’s nice guy, but at the same time sometimes you have to deal with the bad days in your life,” Kuznetsov said. “You don’t want to be in that situation, but some players in different situations have their bad days, right? … Twenty games are not too much. I think they have a good team.”

Schmidt led the Golden Knights in ice time last season at 22:14 per game, and someone will have to fill the role of No. 1 defenceman until he can return Nov. 18. That will likely fall on the likes of Collin Miller, Brayden McNabb and still unsigned Shea Theodore to make sure Vegas doesn’t get off to a rough start.

“We’re lucky,” Fleury said Friday. “We have some depth on D, and I think everybody contributed to success last season, and I think it’s another part of the season that we need somebody else to step up and not fill his shoes but play well and do the things that they can and we’ll be all right.”