Nathan MacKinnon felt a little out of place at last season’s NHL Awards.

Coming off a miserable 30th-place finish for his Colorado Avalanche, he made a Sin City pit stop to see fellow Cole Harbour, N.S., native Sidney Crosby on the way to a California golf trip.

Four is a stretch — he actually scored 16 — but there won’t be any double takes this week.

MacKinnon is one of three finalists for the Hart Trophy as regular-season MVP along with Taylor Hall of the New Jersey Devils and Anze Kopitar of the Los Angeles Kings after tallying 39 goals and 58 assists for 97 points.

The 22-year-old finished fifth in league scoring despite missing eight games through injury, helping the Avalanche to a 47-point improvement in the standings as Colorado went from last in 2016-17 to the second wild-card spot in the Western Conference this spring.

“I wanted to kind of re-establish myself as a top player,” said MacKinnon, the top pick in the 2013 draft. “Obviously a couple tough seasons for myself and the team that I wanted to bounce back from.”

The seasons for MacKinnon, who won the Calder Trophy as the league’s top rookie in 2014, and Hall were near mirror images of one another as both players elevated their game and almost single-handedly dragged their clubs into the playoffs.

“There’s obviously a lot of similarities,” MacKinnon said. “We had some good help and a lot of good players around us.”

But there’s also no hiding from the numbers.

MacKinnon had a personal 44-point improvement over the 53 he scored the previous season, while Hall found the scoresheet 40 more times than he did in 2016-17.

“I’ve always had that game in me,” Hall said. “As a team we clicked, found some really solid linemates, and we went on a role.”

The No. 1 pick in 2010, Hall took it personally when the Edmonton Oilers traded him to the Devils two summers ago, but he’s found a home in New Jersey and thoroughly enjoyed his first playoff experience. 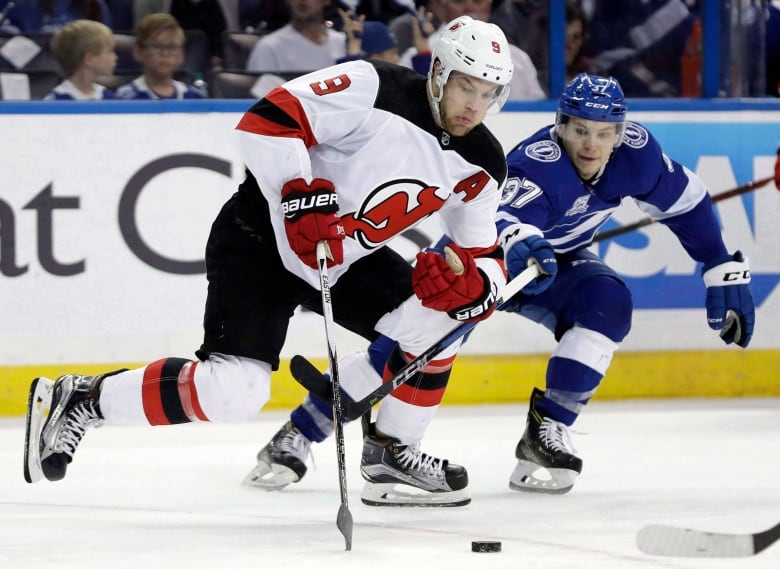 Taylor Hall could become the first New Jersey Devil to win the Hart Trophy as the NHL’s most valuable player. (Chris O’Meara/Associated Press)

The 26-year-old, who can become the first Devil to win the Hart in franchise history, had a 26-game point streak from Jan. 2 to March 6 (18 goals, 20 assists) to set a club record.

“It was a fun season,” he said. “We were all really driven in New Jersey to make the playoffs and accomplish something like that.

“I developed confidence early on and rode that through.”

Kopitar, meanwhile, had 92 points (35 goals, 57 assists) to also help the Kings reach the playoffs this season after missing out last spring.

The 30-year-old won the Selke Trophy as the league’s top defensive forward in 2016 and, if he wins the Hart, will join Sergei Fedorov and Bobby Clarke as one of just three players to win both trophies in their careers.

MacKinnon, Hall and Oilers centre Connor McDavid — who led the league with 108 points (41 goals, 67 assists), but still wasn’t able to get Edmonton remotely close to a playoff spot — are nominated for the Ted Lindsay Award, which goes to the best player as voted on by members of NHL Players’s Association. 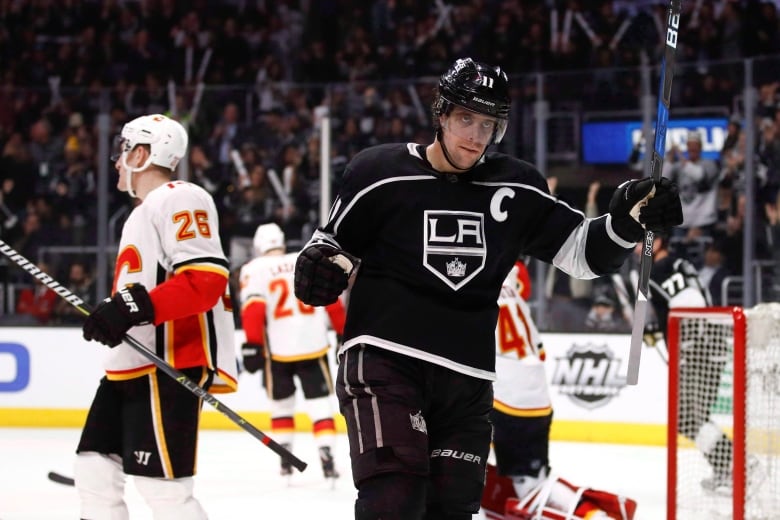 In other major categories, Gerard Gallant seems like a lock to take home the Jack Adams Award after guiding the expansion Vegas Golden Knights to a stunning 109-point regular season before an even more improbable run to the Stanley Cup final.

Gallant, who was also nominated in 2016, is up against Boston’s Bruce Cassidy and Colorado’s Jared Bednar.

Tampa Bay defenceman Victor Hedman will be looking for his first Norris Trophy as the league’s top blue liner, while Drew Doughty of Los Angeles and Nashville’s P.K. Subban can both win for a second time.

As for the Vezina Trophy, which is given to the league’s top goalie, four-time nominee Pekka Rinne of Nashville is up against debutantes Connor Hellebuyck of Winnipeg and Andrei Vasilevskiy of Tampa Bay.

Boston centre Patrice Bergeron will be looking for his a record fifth Selke Trophy. Kopitar and Philadelphia’s Sean Couturier are also in the running.

A trio of forwards — Mathew Barzal of the New York Islanders, Vancouver’s Brock Boeser and Arizona’s Clayton Keller — are up for the Calder.

One of Florida’s Aleksander Barkov, Buffalo’s Ryan O’Reilly and William Karlsson of Vegas, meanwhile, will grab the Lady Byng Trophy as the league’s most gentlemanly player.

And George McPhee of Vegas is up for general manager of the year along with Winnipeg’s Kevin Cheveldayoff and Tampa Bay’s Steve Yzerman.