Hockey fans remember Curtis Joseph as an acrobatic goaltender who spent 19 successful seasons in the NHL.

But in his new autobiography “Cujo — The Untold Story Of My Life On And Off The Ice,” the man known as Cujo lifts the lid on a harsh childhood and the odds he beat making it to hockey’s highest level.

“I had a weird life,” he writes. “Two moms, three dads and I grew up in a home full of mentally ill patients run by a crazy person. The last thing anybody expected was that I would some day make a living playing hockey.”

Home was a “rehabilitation centre” north of Toronto. His mother, who adopted him as a baby, ran the place. An addict, she was unstable and left him to fend for himself.

“By the time I was 10 years old, I was living on a steady diet of stale cookies, processed cheese slice sandwiches and frozen institutional hamburgers — God knows what they were made of,” he writes.

His bed was a mattress on the floor. Finding a dry corner was difficult because his mother’s cats used it as a litter box. 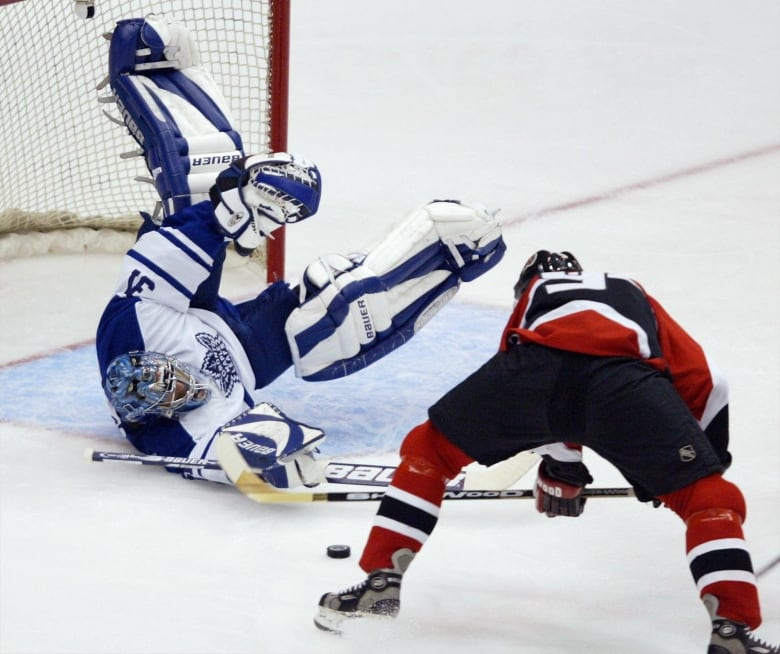 Joseph, now 51, found a haven in hockey. And a string of warm-hearted adults — outside his home — helped him along the way. He progressed from youth hockey to the Notre Dame Hounds in Saskatchewan and the University of Wisconsin before entering the NHL.

He has not publicly shared the story of his childhood before.

“It was not something that I was really proud of. I was embarrassed of (it),” he said in an interview.

But Joseph says wife Stephanie, whom he married six years ago, convinced him otherwise.

“She’d squeeze things out of me … I’d learned to embrace it and then I’d tell her more. And then I’d use it as a teaching tool to my kids,” he said in an interview.

Joseph, who played in the NHL from 1989 to 2009 for St. Louis, Edmonton, Toronto (twice), Detroit, Phoenix and Calgary, began to review his life as he grew older. He realized he had done better on teams that gave up a lot of shots.

His wife told him: “You needed to be needed.” 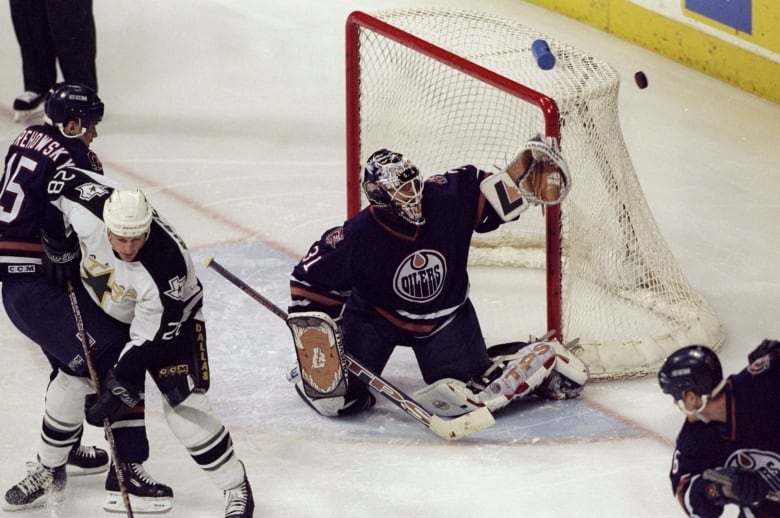 The next piece in the puzzle was Calgary author Kirstie McLellan Day, who had previously collaborated on books with Theo Fleury, Bob Probert, Wayne Gretzky, Kelly Hrudey and Ron MacLean. Joseph agreed to do the book after talking to McLellan Day, whom his wife had met at a Wayne Gretzky fantasy camp.

In documenting his life, they reconnected with family and friends who helped fill in his story — often contributing pictures from his youth.

Joseph now has the loving family he craved growing up. He has four kids from his first marriage and two from his second plus a nephew he is also raising. They range in age from four to 26.

Today, Joseph divides his time between homes in suburban Toronto and Arizona and works as an ambassador for the Maple Leafs.

“A nice cushy job,” Joseph, who remains a revered figure in Leaf Nation, said with a smile.

He marvels at the athleticism and efficiency of today’s NHL goaltenders but laments the fact that today’s equipment — specifically the size of the goalie pads — has essentially taken goalies his size out of the game.

“The game is not available to the guy under 6-2. And that’s a shame to me, being 5-11. You’re missing out on the Johnny Gaudreaus of the goalie world, I think,” he said referencing the five-foot-nine Calgary Flames winger.

Joseph says he’s willing to share his on-ice knowledge if asked but doesn’t push it.

Like golf, technological advances in hockey sticks have taken the shooting game to a new level, he argues. Not to mention improved fitness, training and other equipment.

“Auston Matthews is a special player. I love Freddie Andersen as a goalie. And John Tavares, I’ve always liked him as a player — the way he plays the game, how bold and strong he is.”

“With a guy like that, on the ice and in the dressing room, they’re in good hands for a while,” he added.

Joseph himself looks as athletic as ever, his biceps bulging.

“I try to (stay in shape) because life is good now and I don’t want to waste it. I want to enjoy it and live it a long time. I’ve got a lot to live for.”