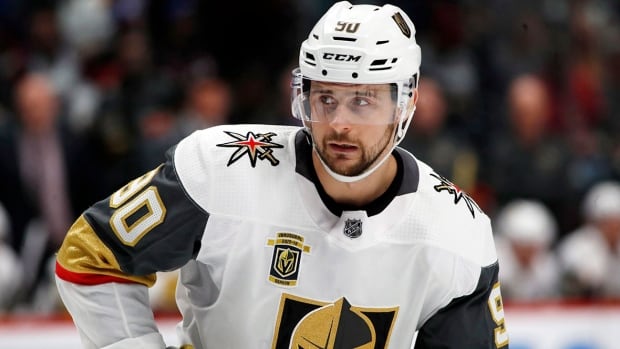 Forwards Tomas Tatar and Nick Suzuki, acquired from the Vegas Golden Knights along with a draft pick in the deal for ex-captain Max Pacioretty early Monday morning, told reporters on Tuesday that they’re pumped to hit the ice for camp later this week.

“It took me five minutes to realize what’s going to really happen,” Tatar said on a media conference call. “Then after the excitement took over, I was starting to get really excited to join Montreal.”

“The last couple days, I’ve just been thinking about getting to Montreal and finally getting there to show what I can do,” he said.

Watch Rob Pizzo break down who won the Pacioretty trade:

The Stanley Cup finalists acquired Tatar at the trade deadline for three draft picks. But Tatar didn’t make a huge impact in Vegas, playing just eight playoff games while notching a goal and an assist.

“It wasn’t easy. It was my first trade,” Tatar said. “Obviously I knew I (should’ve) been better.”

Tatar, however, doesn’t seem to mind another change of scenery. He said he waived a no-trade clause to come to the Canadiens.

“I’m really excited and looking forward. Montreal is a great team with a big history and it’s an Original Six (team),” Tatar said. “It’s well respected, so for me it’s a huge honour and opportunity.”

Marc Bergevin and Geoff Molson on the Max Pacioretty trade 0:52

Suzuki, 19, was drafted 13th overall by the Golden Knights last year. The five-foot-11 forward has lined up at centre with the OHL’s Owen Sound Attack, where he scored 42 goals and 100 points during the 2017-18 season.

Canadiens general manager Marc Bergevin told reporters Monday that Suzuki was “the key piece” in the trade, and mentioned he could play at centre and wing.

“I’m going to do whatever I can to make (the team), and prove that I can be there,” Suzuki said. “If there’s an opportunity to make the NHL, I’m going to do everything I can to do that.”

Suzuki said he’s comfortable playing both positions, but remarked he grew up playing at centre. He models his game after Boston Bruins centre Patrice Bergeron.

“I think the style of play that I like to play is a good two-way,” Suzuki said. “I think I’m really good in the D-zone. I think I’m a great playmaker. I can shoot the puck. I like to put up points.”

Tatar and Suzuki will arrive in Montreal from Vegas on Wednesday before attending the Canadiens’ medical day on Thursday.