With four of Canada’s seven NHL teams set to select in the top 10 of the draft, here’s a look at how Friday’s first round might play out at the American Airlines Center in Dallas.

With the No. 3 selection, the Habs are in desperate need for help in a number of areas, but perhaps nowhere more than at centre. Assuming the Buffalo Sabres draft star Swedish defenceman Rasmus Dahlin first overall before the Carolina Hurricanes take Russian winger Andrei Svechnikov second, look for Montreal to go after centre Jesperi Kotkaniemi.

With that being said, this is the kid that started the search – Jesperi <a href=”https://twitter.com/hashtag/Kotkaniemi?src=hash&amp;ref_src=twsrc%5Etfw”>#Kotkaniemi</a>. The poise to make such a highly skilled play in traffic from a 17 year old playing in Liiga, Finlands top tier. <a href=”https://t.co/ptOAvXqwOc”>pic.twitter.com/ptOAvXqwOc</a>

The only problem with that plan is the Finn was just the sixth-ranked European skater in the NHL Central Scouting Bureau’s final draft list. Canadiens general manager Marc Bergevin could elect to trade down to gain more assets and grab Kotkaniemi later in the first round.

Ottawa owns the fourth pick, and like Montreal, has a number of areas that need to be addressed. Senators general manager Pierre Dorion is expected to be one of the most popular men at the draft with the status of Erik Karlsson, who can become an unrestricted free agent next summer, still a huge question mark. Ottawa can offer its captain and star defenceman a new contract on July 1, but it remains to be seen if Karlsson wants to stick around the nation’s capital for what could be a full rebuild. Expect lots of trade chatter surrounding the 28-year-old. As for the fourth pick, the Senators might decide to go for wingers Brady Tkachuk or Filip Zadina, or Swedish defenceman Adam Boqvist. There’s still a chance Ottawa will surrender the fourth pick to Colorado as part of Matt Duchene trade instead of giving up its 2019 first-rounder. The Senators also own this year’s 22nd selection, which was acquired from the Pittsburgh Penguins in the Derick Brassard trade. 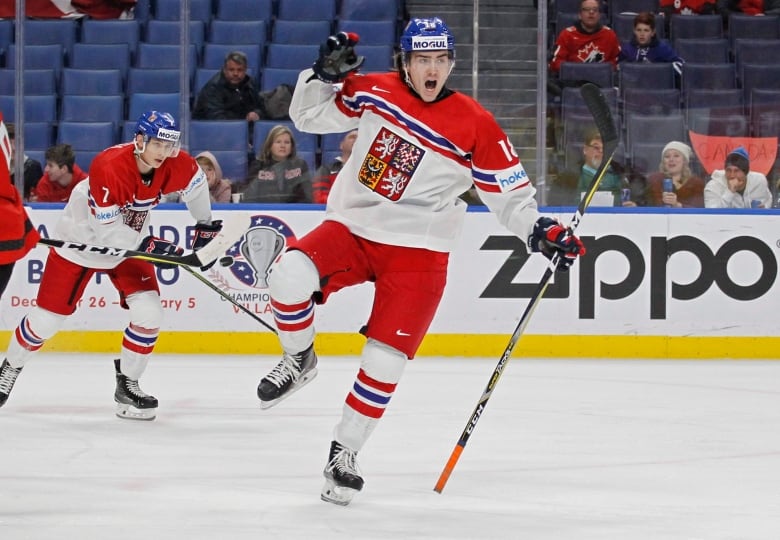 Czech forward Filip Zadina of the Halifax Mooseheads may be a landing spot for the Ottawa Senators at No. 4. (Jeffrey T. Barnes/The Associated Press)

The Canucks have accumulated a number of good prospects up front in recent years, including Brock Boeser and Elias Pettersson, and in goal with Thatcher Demko, but are in big need of some help on defence. Assuming Boqvist is gone when Vancouver picks seventh, the Canucks could take the first Canadian player off the board with defencemen Evan Bouchard, Noah Dobson or Quintin Hughes. But if one of the other highly-touted wingers like Zadina falls, Vancouver general manager Jim Benning could go that route and try to beef up his blue line later in the draft. 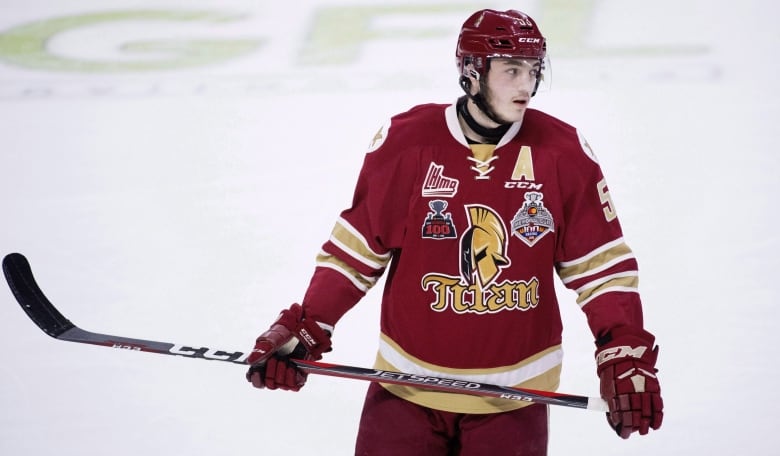 With help on defence the top priority for the Canucks, look for them to potentially pick Acadie-Bathurst defenceman Noah Dobson with the seventh pick. (Jonathan Hayward/The Canadian Press)

The Oilers will have to sit back and see where the chips fall ahead of them, but they’ll be in line to get a good player at No. 10. One of the Canadian defenceman mentioned above still could be available and there’s a chance Boqvist might be waiting in the stands to be selected. Edmonton general manager Peter Chiarelli could choose to go for a forward and select U.S. national development team winger Oliver Wahlstrom to try to further bolster an attack led by superstar captain Connor McDavid, or trade the pick for more immediate help. 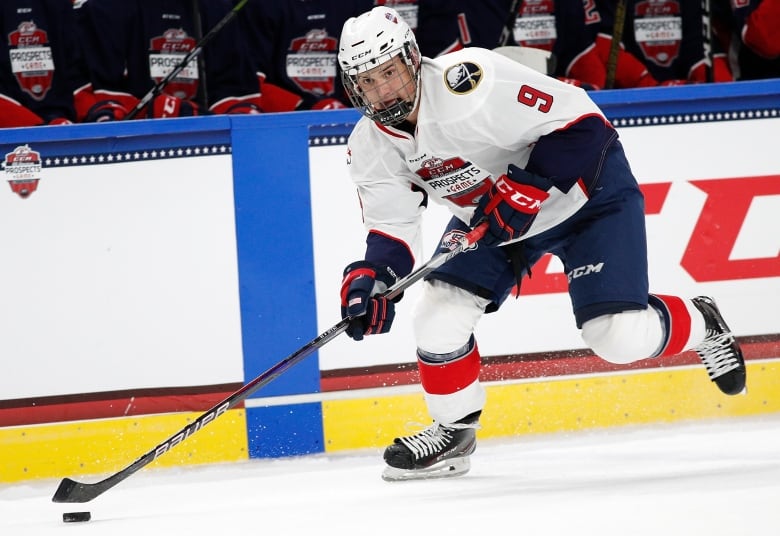 Oliver Wahlstrom could be on the radar of the Edmonton Oilers, who have the 10th pick in the draft. (Kevin Hoffman/Getty Images)

The Leafs won’t step to the podium until No. 25 on Friday night. Rookie general manager Kyle Dubas indicated recently he doesn’t draft based on positional needs, preferring to simply select the best player left on his board and sort out where that person fits into the organization later.

Dubas will be under the microscope in his first draft at the helm after former GM Lou Lamoriello left the Leafs following a demotion to senior adviser, and draft guru Mark Hunter did the same when he was passed over for the GM job in Toronto. The Leafs seem most likely to look at their blue line, but any prospect taken near the end of the first round won’t be providing any assistance to the current roster for some time. 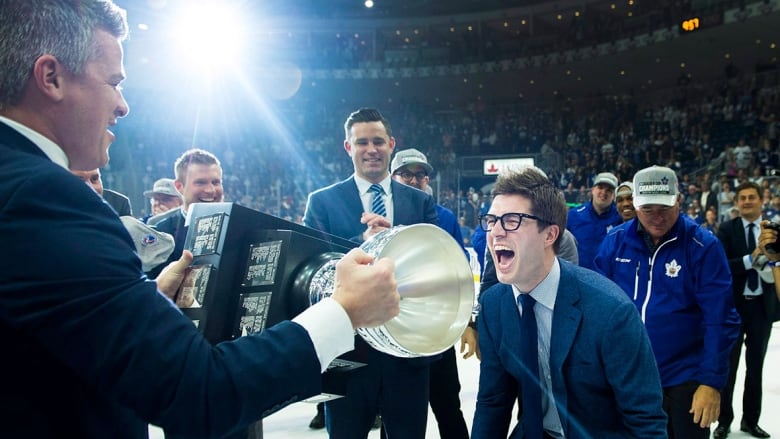 Maple Leafs and Marlies GM Kyle Dubas, right, wants to pick the best player available at No. 25 rather than looking to fill a specific need. (Nathan Denette/The Canadian Press)

Neither team currently has a pick in Friday’s first round, but that could always change with a trade. The Jets dealt what turned out to be the 29th pick in the draft when they acquired Paul Stastny from the St. Louis Blues, and don’t have a selection until No. 60 in Saturday’s second round. The Flames could be twiddling their thumbs far longer after the club traded away its 2018 first- and second-round selections as part of the package sent to the New York Islanders for defenceman Travis Hamonic at last year’s draft. Calgary also gave up its third-round pick in the deal for goalie Mike Smith with the Arizona Coyotes. As of now, the Flames don’t have a selection until picks Nos. 105 and 108.