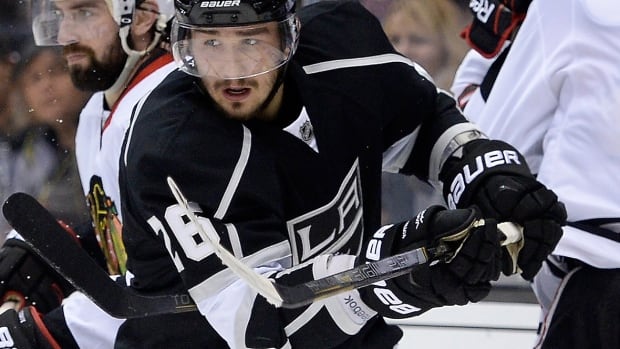 The NHL has suspended defenceman Slava Voynov for the 2019-20 season and 2020 playoffs after determining he committed acts of domestic violence.

Commissioner Gary Bettman suspended Voynov on Tuesday for what the league called unacceptable off-ice conduct. The 29-year-old Russian could have his eligibility restored on July 1, 2020, based on good behaviour.

Voynov was suspended indefinitely in October 2014 after being arrested for domestic abuse. He pleaded no contest to a misdemeanour, left the United States to go back to Russia and in July had the conviction dismissed by a judge in Los Angeles county.

Bettman said he determined after a league investigation and a March 21 hearing that Voynov engaged in acts of domestic violence against his wife. Bettman said the ruling is “consistent with the NHL’s strongly-held policy that it cannot and will not tolerate this and similar types of conduct, particularly as directed at a spouse, domestic partner or family member.”

The Kings, who terminated Voynov’s $25 million US contract in 2015, said they are reviewing the NHL’s decision and that “it is premature for us to comment until we understand what today’s decision, which can be appealed, means in its entirety.”