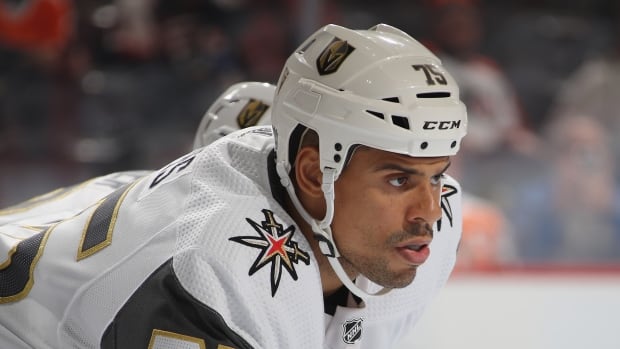 He’ll count $1.75 million US against the salary cap in each of the next two seasons. Reaves announced the new deal in a video on the Golden Knights’ Twitter page.

“There’s two things I haven’t accomplished: No. 1 haven’t won a Stanley Cup, No. 2 haven’t won a scoring title,” Reaves said. “Now, I can win a Stanley Cup this year. I can do it. Can’t win the scoring title. Can’t do it. Just missed it by a couple points. And I also can’t do it next year if I don’t have a contract. So I am happy to announce that I just signed a two-year extension with your Vegas Golden Knights.”

The 33-year-old from Winnipeg had eight goals and seven assists for 15 points — 95 short of Leon Draisaitl’s league-leading 110. Reaves did lead the NHL with 316 hits in 71 games this season.

He is a veteran of 649 regular-season games and was part of Vegas’ 2018 team that reached the Stanley Cup Final. The Golden Knights have a bye into the traditional first round of an expanded, 24-team playoff if the season resumes.