The quiet, keeps-to-himself star centre was the face of the New York Islanders — a team with rich history, but not much to show for the last three decades.

A pending unrestricted free agent this past summer, it would have been easy for Tavares to stay with the franchise that drafted him, the only one he’d ever known.

A big change in my life and my career, but I’m excited.— Former Islanders’ star forward John Tavares on signing with the Maple Leafs

He instead chose to shake the hockey world and signalled that no matter what happens this season, the Toronto Maple Leafs will be front and centre.

A team loved by its fans and almost equally loathed by detractors, the Leafs signed Tavares to a massive seven-year, $77-million US contract on July 1, plucking the most prized talent to hit the open market in a generation.

“A big change in my life and my career, but I’m excited,” Tavares said. “It’s a great time for myself and I think for this group, and we know there’s a lot for excitement around the team.

“We know where we want to get to … just enjoy the ride.” 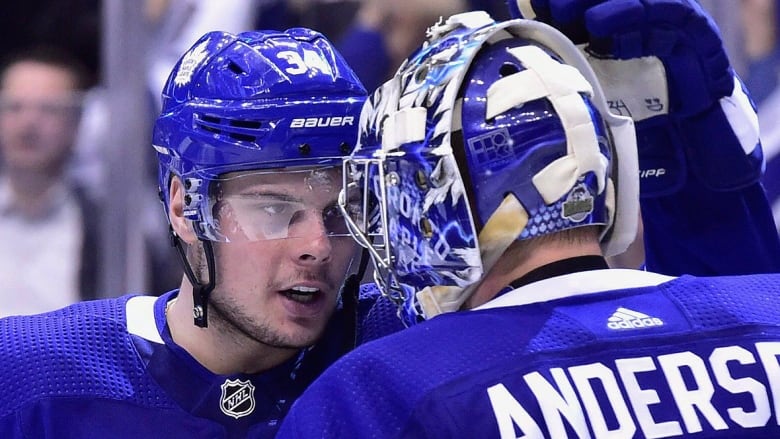 Observers saw the addition of Tavares to a young roster already led by the ridiculously-skilled Auston Matthews as an indication Toronto — the betting favourite in Las Vegas to lift its first Stanley Cup since 1967 — is set to reach heights that seemed next to impossible just three seasons ago during the painful throes of a full rebuild.

“The growth from within is most important,” Leafs head coach Mike Babcock said. “But getting Johnny to come … the players recruit the players. Good players aren’t coming to be by themselves. They’re coming because they think they have a chance to win.

“We appreciate the amount of confidence from Johnny that he wanted to come.”

Here’s a look at some other storylines heading into the 2018-19 NHL season:

Alex Ovechkin was viewed as a great player unable to win the big game until Washington beat the expansion Vegas Golden Knights to win the franchise’s first Cup. The question is: Can the Capitals to do it again? Or will Sidney Crosby and the Pittsburgh Penguins retake their crown atop the Metropolitan Division?

Head coach Barry Trotz moved on from Washington to the Islanders, replaced by former assistant Todd Reirden. Pittsburgh won back-to-back Cups in 2016 and 2017, but before that the last team to repeat was Detroit in 1997 and 1998. 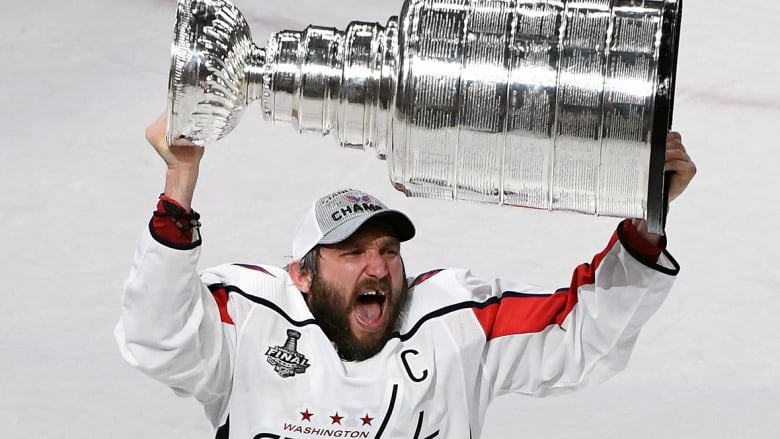 While the Leafs adding Tavares in free agency was the summer’s biggest move, he was far from the only marquee name to change teams. Ottawa finally ended the Erik Karlsson saga, dealing captain and superstar defenceman to San Jose. Montreal, meanwhile, ended its own trade drama by sending captain Max Pacioretty to Vegas.

The Golden Knights stunned the hockey world in their first season, finishing with a remarkable 109 points for the fifth-best record in the NHL. The Knights fell short in the final, but doubled down this off-season by signing Paul Stastny in free agency and then trading for Pacioretty.

Vegas won’t surprise anyone this year, but with veteran goalie Marc-Andre Fleury and a driven supporting cast, the Knights will be out to show they weren’t a one-hit wonder. 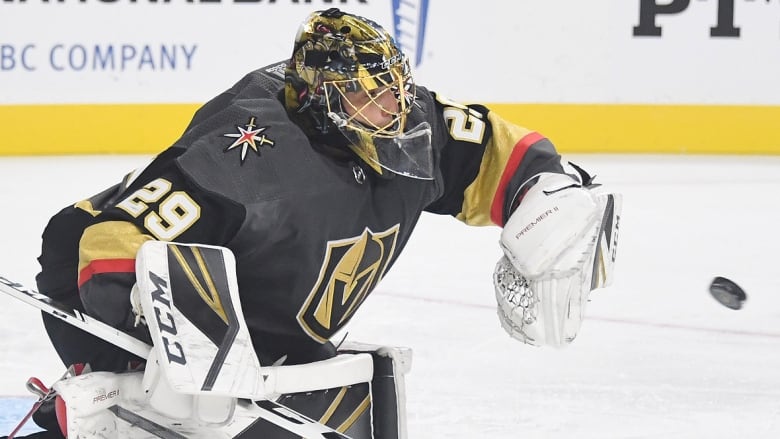 With veteran goalie Marc-Andre Fleury leading the way, the Golden Knights will be determined to build off a remarkable 109-point performance in their inaugural NHL season. (Ethan Miller/Getty Images)

The Jets took a massive step last season before falling to Vegas in the Western Conference final. Winnipeg has managed to keep its core intact, although Stastny left in free agency after being acquired at the trade deadline. The top line of Blake Wheeler, Mark Scheifele and Kyle Connor is one of the most explosive in the league, while Patrik Laine could take a run at the Rocket Richard Trophy.

Winnipeg’s defence led by Dustin Byfuglien is solid in front of goalie Connor Hellebuyck. If all goes well, the Jets could be headed for another deep playoff run.

Edmonton came into last season with title aspirations, but things went off the rails early even though superstar captain Connor McDavid led the league in scoring for the second consecutive campaign. The 21-year-old had 41 goals in 2017-18, but has said he wants to score even more this season. The Oilers need a good start to ease some of the pressure after last year’s misstep. 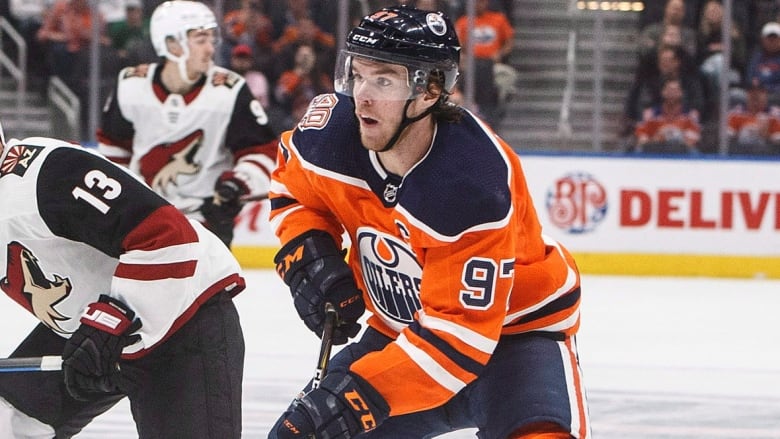 Coming off a 41-goal season, Oilers’ superstar Connor McDavid says he wants to fill the net more in the 2018-19 campaign. (Jason Franson/Canadian Press)

The addition of Karlsson makes an already-potent San Jose lineup even more dangerous. With the former Ottawa captain added to a blue-line that already includes Brent Burns and a forward group led by Joe Thornton, Logan Couture, Joe Pavelski and Evander Kane, the Sharks could be poised to go one step further than their loss in the 2016 final.

Punishment in the nation’s capital

The Senators were a goal away from making the Cup final in 2017, but next to nothing has gone right since. A 30th-place finish and a series of off-ice issues over the last 12 months has seen the club pivot into rebuild mode. With Karlsson gone, Ottawa looks destined to finish at or near the bottom of the standings again.

To make matters worse, the Colorado Avalanche own the Senators’ 2019 first-round pick as part of the Matt Duchene trade last November. This might be the start of a long, painful stretch in the nation’s capital.