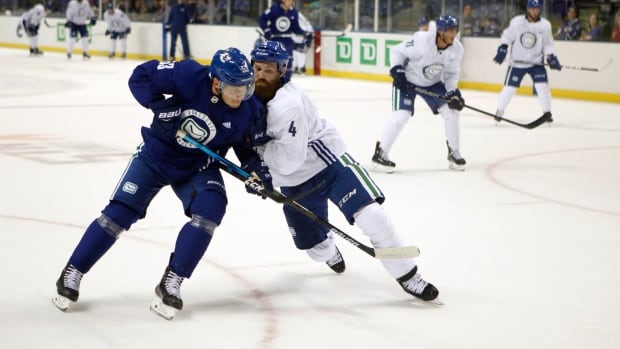 The NHL and the NHL Players’ Association have announced that training camps will open July 10, provided medical and safety conditions allow and the parties reach an agreement on resuming play.

The opening of training camps for the 24 teams resuming play would start Phase 3 of the league’s plan to return to action.

The NHL and the NHLPA said in a joint statement that the length of the camps and the start date for resumption of play will be determined at a future date.

The league suspended its schedule in March because of the COVID-19 pandemic. There remains a restriction on non-essential travel between Canada and the U.S. and Canada requires anyone entering the country to quarantine for 14 days.

The return-to-play blueprint — which will eventually require the approval of health and government officials to get off the ground in two “hub” cities — would begin with separate, three-game round-robin tournaments for the top-4 clubs in both the Eastern and Western Conference.

WATCH | Should a resumed NHL season count like any other?:

The league said any ties at the end of round-robin play will be broken by regular-season points percentage, and that the seeding order will stay the same throughout the playoffs.

The remaining franchises would take part in eight best-of-five qualifying round series, leaving the NHL with its traditional 16-team playoff.