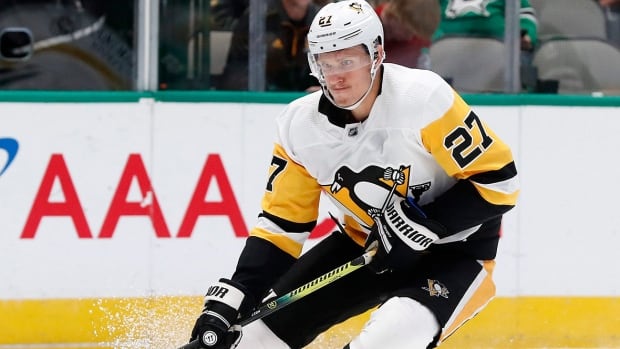 The Pittsburgh Penguins will head into whatever becomes of the NHL post-season without forward Nick Bjugstad.

The team announced Wednesday that Bjugstad underwent spinal surgery to repair a herniated disc. General manager Jim Rutherford said the surgery was necessary after Bjugstad had a “setback” while recovering from a lower-body injury suffered just before the NHL went on hiatus due to the COVID-19 pandemic.

Bjugstad missed the Penguins’ final game before the season was halted due to the coronavirus, a 5-2 win over the New Jersey Devils on March 10. He sat out that game with a lower-body injury.

The surgery ends a star-crossed season for Bjugstad, who appeared in just 13 games in his first full year with the Penguins. He missed more than three months after having surgery to repair a core muscle in November.

The 27-year-old Bjugstad finished with just one goal and one assist, his worst season since making 11 appearances as a 20-year old for Florida in 2012-13.

Penguins to tangle with Canadiens

The NHL announced its return-to-play plan on Tuesday, which immediately ended the regular season and shifted to a 24-team playoff. The Penguins (40-23-6) will play the Montreal Canadiens (31-31-9) under the playoff plan, at a time and date still to be determined.

Also Wednesday, Rutherford said all-star forward Jake Guentzel should be ready for the Penguins. Guentzel last played Dec. 30 and had shoulder surgery the next day.

“Jake is going through his rehab,” Rutherford said. “Things are progressing fine. We still have a ways to go before we start playing. We are optimistic that he will be ready to play.”