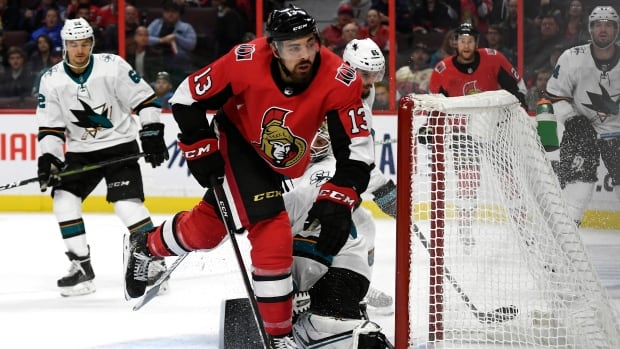 Nick Paul had his coming out party Sunday night with two goals and an assist as the Ottawa Senators beat the San Jose Sharks 5-2.

Brady Tkachuk had a three-point night as well with a goal and two helpers while Connor Brown and Anthony Duclair also scored for the Senators (3-7-1). Craig Anderson stopped 34 shots.

It’s the first multi-point game in the NHL for the 24-year-old Paul.

Evander Kane and Kevin Labanc scored for the Sharks (4-7-1), who have struggled on their five-game road trip.

San Jose has gone 1-2-1 and will wrap up the trip Tuesday in Boston.

Aaron Dell allowed four goals on 22 shots and was replaced by Martin Jones for the third period. Jones allowed one goal on eight shots.