It’s fitting that expansion is in the news this week, because not since the days of Ottawa’s return to the NHL in the early 1990s has less been expected from this team.

A dark cloud began forming over the Senators shortly after Chris Kunitz floated that shot past Craig Anderson in the 2017 Eastern Conference Final, and it’s been hanging there ever since.

From the harassment charges against now-former assistant general manager Randy Lee to the threat allegations made by Melinda Karlsson against Monica Caryk, from the subsequent trades of Mike Hoffman and Erik Karlsson to the training camp injury to J.G. Pageau, it’s been a dismal stretch in franchise history.

There was also the waiving of respected veteran Zack Smith, and you could even add in an anthem scandal when the club didn’t have a bilingual version for their recent pre-season game against the Montreal Canadiens.

That being said, the Senators — like most teams — are expressing optimism as they get set to begin their 26th season Thursday night at home against the Chicago Blackhawks. 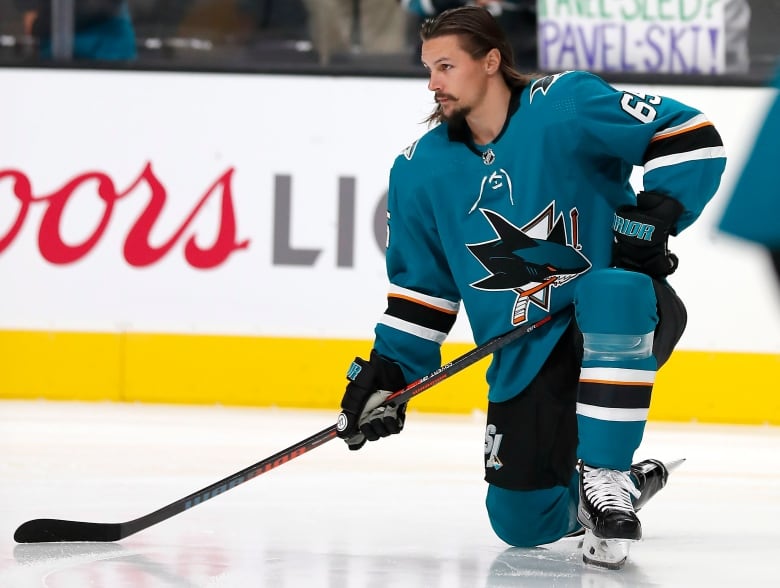 For the first time since 2011, the club went on a team retreat at the end of training camp: a two-day trip to Mont-Tremblant so that the players could get to know each other a bit better and hopefully generate some kind of chemistry.

It was an experience that newcomer Max Lajoie, the surprise of this year’s training camp, says did them a lot of good.

”There are a lot of guys who are really helping us bond as a team. Especially the young guys. So it’s awesome to see that they care and they want us to be part of everything,” Lajoie said.

And those young guys will play a major role, as Guy Boucher’s team will have no fewer than nine new faces on it to start the season.

Gone are familiar names like Hoffman, Karlsson, and Dion Phaneuf. They’ve been replaced by rookies like Lajoie, Alex Formenton and Brady Tkachuk, although a groin injury will keep the first-round draft pick out of the lineup for the opener. 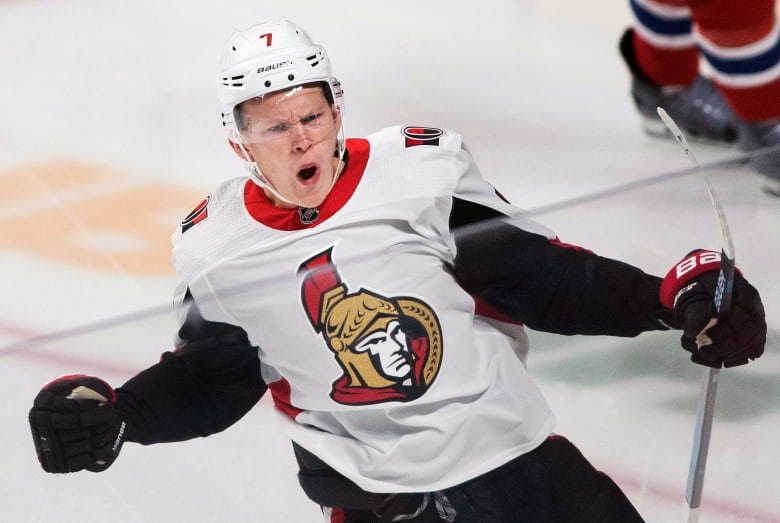 With the team in rebuilding mode, first-round draft pick Brady Tkachuk is one of the Senators who’ll be expected to play a bigger role this year — even if he’s missing the season opener with an injury. (Graham Hughes/The Associated Press)

Not the longest shot

There is, however, a degree of hope.

After starting the pre-season with four straight losses, the club rebounded with solid wins against Chicago and Montreal. Even the Vegas oddsmakers took notice, dropping Detroit below Ottawa as the longest shot to win the Stanley Cup.

For the Senators to fool the experts, they need to first get better goaltending this year from Anderson and Mike Condon. That’s possible, since both veterans had solid training camps.

Offensively, the Sens will be led by Mark Stone and Matt Duchene, its two cornerstone forwards. Both will be free agents next July, and big seasons from them would be good for both the team’s win-loss record and their own negotiating power.

The pair were also named co-assistant captains this week, and Stone said he’s ready for the challenge

“I know that I want to be a big part of the team’s success. In order to do that I’m going to have to come in and prepare and show guys the way to go,” Stone said.

On defence, 24-year-old Cody Ceci and 21-year-old Thomas Chabot will be counted on to anchor a very inexperienced blue-line. How they’ll stand up to the Kanes and Crosbys of the world is one of the many questions facing this team as it heads into the new 82-game schedule.

Ottawa’s specialty teams also need to vastly improve, as they were near the bottom of the league on both the power play and the penalty kill last year.

They need to find a bullpen-by-committee type of unit this season that can score goals with the advantage on a more regular basis.

The Senators haven’t missed the playoffs in back-to-back years in more than two decades. If they can extend that streak this year, they’ll have attained their No. 1 goal: proving the so-called experts dead wrong.