It will be a dream come true Thursday night in Ottawa for 20-year-old Nova Scotia hockey star Drake Batherson when he steps on the ice at the Canadian Tire Centre arena.

Batherson will make his NHL debut against the Detroit Red Wings.

“I was lucky enough to get the call and I’m really excited to be here,” Batherson told reporters Tuesday in Ottawa.

It’s not surprising the Senators have called up Batherson. The forward had been tearing up the American Hockey League with the Belleville Senators, scoring 20 points in just 14 games this season, including a recent six-point game.

“There are guys who try to tear the door down with their play and he’s one of those guys,” Boucher said following a team practice. “He’s not just knocking at the door. I mean, after his six-point night he was the top scorer in the American League.” 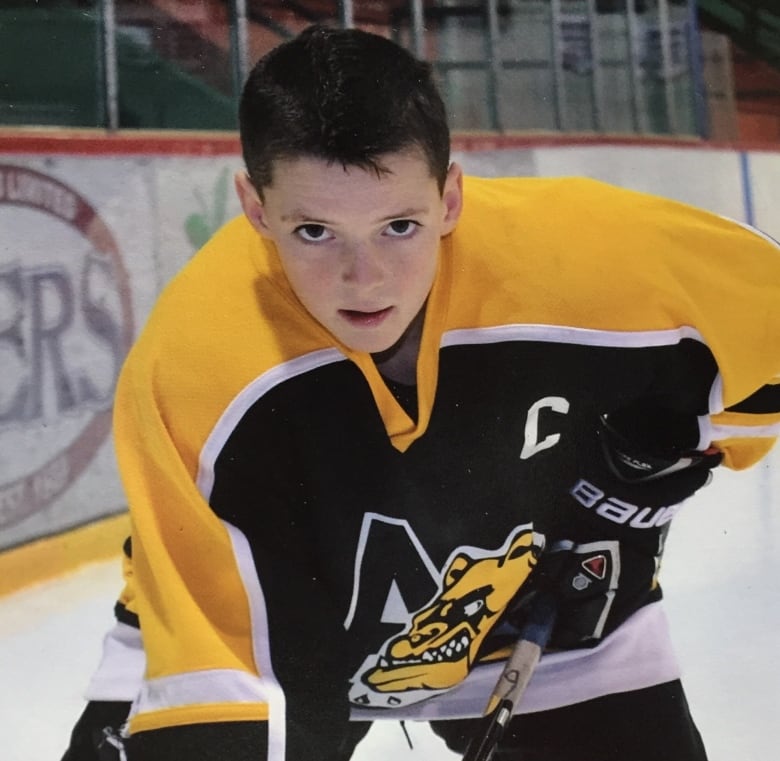 Batherson is shown when he was 12 years old and a member of the Antigonish Bulldogs peewee AAA team. (Submitted by Batherson family)

Batherson’s father, Norm, was a professional player in the minor leagues and was also signed by the Ottawa Senators, but the North Sydney native never played in the NHL.

He’ll be one of several Batherson family members in the stands to watch Drake make his NHL debut. Drake’s parents got the good news of his call-up on Monday when their son called home.

“I knew he had just finished up his practice with Belleville so I said to him, ‘What’s up?'” Norm said in an interview Wednesday. “He said, ‘Dad, I’m going up.’ After that we were both pretty pumped. He was so excited, as were we.”

Drake was born in Indiana in 1998 when Norm was playing with the Fort Wayne Komets. When he was very young his family packed up for Germany where his father played pro for seven years.

They returned to Nova Scotia and eventually settled in New Minas near Acadia University, where Norm was a college star and won a national championship with the Axemen. 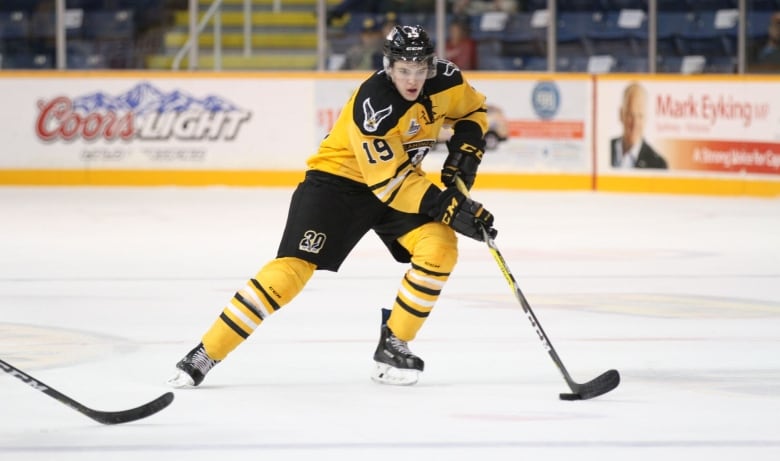 Batherson was with the Cape Breton Screaming Eagles in 2017 when he signed a contract with the Ottawa Senators. (Mike Sullivan)

Batherson hit a big growth spurt at the age of 16 and that’s when his game really took off. He developed into a top prospect playing in front of many relatives in Sydney with the Cape Breton Screaming Eagles.

Among his loyal fans is his grandfather, Matt Batherson, a former senior hockey star with the Northside Victorias and Sydney Millionaires. Drake’s great uncle, musician Matt Minglewood, also attended many of his Screaming Eagles games.

“When I look back at where I’ve come from and all the people who have supported me along the way my whole life, I plan to make the most of this chance for sure,” said Batherson, the newest Nova Scotian to crack the National Hockey League.

On Saturday night, Ottawa will host Sidney Crosby and the Pittsburgh Penguins. Growing up in Nova Scotia, Crosby was Batherson’s idol.