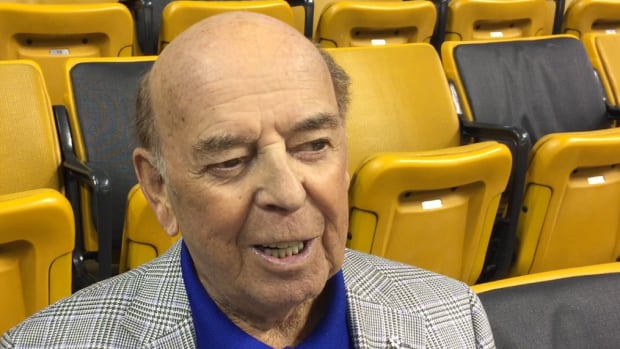 Oh baby! Hockey fans will be hearing a familiar voice on Hockey Night in Canada for one last season.

Legendary play-by-play man Bob Cole will return to the broadcast booth to call 10 games in his 50th and final season on HNIC, Sportsnet said Thursday.

“Hockey has been my passion for as long as I can remember,” Cole said in a release. “It’s been an honour and a privilege serving Canadian hockey fans across the country and being part of the Hockey Night in Canada institution.

“I’m looking forward to getting to the rinks for this last season, seeing familiar faces and getting out there to do what I love most in the world.”

Known for his “Oh baby!” catchphrase and deep, booming voice, Cole’s first game of the new campaign is set for Oct. 6 when the Montreal Canadiens visit the Pittsburgh Penguins.

The rest of his broadcast schedule wasn’t released. Sportsnet said all of Cole’s games would be over the first half of the season, adding that further details of a tribute in his honour will be announced at a later date.

Cole, 85, got his start in hockey broadcasting with VOCM Radio in his hometown of St. John’s, N.L., and moved into television in 1973. The Gemini Award-winning broadcaster and Order of Canada member has also handled play-by-play for multiple Olympic Games.

“There are so few broadcasters and voices in sport that transcend the way Bob’s has over the last half a century and we are honoured to have him call this last season for Sportsnet on Hockey Night in Canada,” said Sportsnet president Scott Moore. “Bob is a true professional in this industry and he will pour his heart and soul into these games, focusing on doing the job that he loves and delivering the call to our hockey audiences from coast to coast.”

Last spring, Cole was unsure about his broadcasting future after he made his last on-air appearance Apr. 7 in the Ottawa Senators’ regular-season finale in Boston. He did not call a post-season game for the first time in his career.

Moore and Cole have traditionally met in person each year over the summer to discuss future broadcast plans. The announcement of Cole’s return for the 2018-19 campaign came six days before the start of the NHL regular season.

Jim Hughson has served as one of the network’s top play-by-play announcers in recent seasons. He called the 2018 Stanley Cup final between the Washington Capitals and Vegas Golden Knights.

Sportsnet is part of Rogers Media, a subsidiary of Rogers Communications, which is entering the fifth year of a 12-year, $5.2-billion deal with the NHL. The agreement included a sub-licensing deal to allow the CBC to air Hockey Night in Canada.

Cole was honoured by the Hockey Hall of Fame in 1996 when he received the Foster Hewitt Memorial Award for outstanding contributions as a hockey broadcaster.