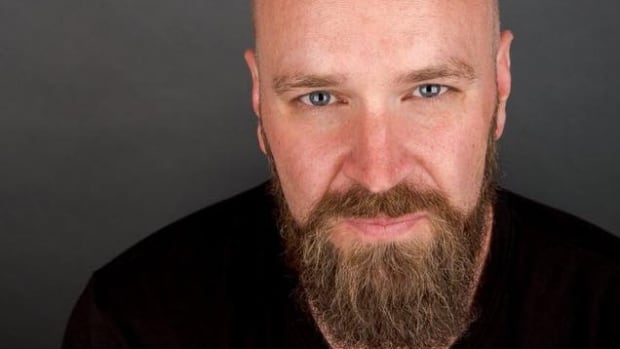 For Robert Clark, singing for an arena full of rowdy hockey fans is the best kind of therapy.

Even under the glare of the lights, there is no fear. No performance jitters. Never a waver in his rich baritone voice.

It’s everything else that can leave him anxious and struggling.

Clark — a professionally trained opera performer and the official anthem singer for the Edmonton Oilers — lives with anxiety and depression.

And during the pandemic, things have been difficult. With the NHL season on hiatus, money is tight.

He recently came out to his family.

He and the mother of his four children are going through a divorce.

Clark hopes other men who are struggling with their mental health hear his story and seek help.

“Reach out, open up, start talking,” Clark said in an interview with CBC Radio’s Edmonton AM.

“The amount of support and just love I’ve experienced and felt because I’ve been able to do that has been life-saving, quite literally.

“A lot happened all at once but I’m going to be OK.”

Clark, 41, began seeking medical treatment for his depression more than a decade ago. He has spent the past few years working as an advocate for men’s mental health.

Asking for help so many years ago has allowed him to build a strong support system — a close circle of friends and family he has relied on to get him through the difficult days.

“It’s been so incredibly helpful. I feel supported. I feel like I can talk to who I need to talk to and get through this.”

‘We just expect men to be OK’

The stigma and isolation faced by men grappling with mental illness has been exacerbated by the pandemic, said Mitch Hermanson, a spokesperson for Movember Canada.

Men tend to cope differently in a crisis and may be ill-equipped to deal with the social isolation and emotional toll.

The Movember campaign, once focused on the prevention of prostate and testicular cancer, expanded in 2016 to include raising money for men’s mental health and suicide prevention.

Hermanson said the change was prompted by statistics that show men in Canada are four times as likely as women to die by suicide.

In a recent survey for Movember Canada, more than a quarter of Canadian men reported that their mental health had deteriorated during the COVID-19 crisis.

In response, the charity has launched Movember Conversations, an interactive online tool offering advice on how to start a difficult conversation and support someone who is struggling.

“And at a time like this, when there are more factors that might drive men to struggle with their mental health, we’re really encouraging people to stay socially connected.”

Men often keep their problems a secret, Hermanson said, and that kind of stoicism can be dangerous.

“I think sometimes, we just expect men to be OK,” Hermanson said. “I think we need to challenge that assumption. We all struggle. We all go through tough times and it really can help to talk.

“I think we all know it’s important to have these conversations, especially at times like this.”

Clark hopes people who are suffering in silence will find some way to speak up. There is no shame in admitting you’re not OK.

“Just open up and share your experience and let people know you need help,” he said.

“It’s not unmanly to do that. That makes you more of a man.”