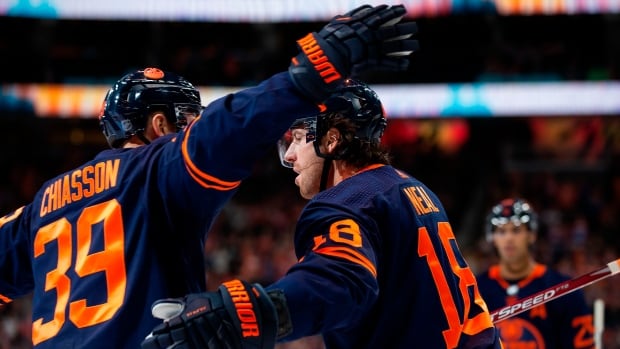 Darnell Nurse had a pair of assists as the Edmonton Oilers moved back into sole possession of first place overall in the NHL with a 2-1 victory over the Detroit Red Wings on Friday.

James Neal and Ethan Bear scored for the Oilers, who improved to 7-1-0.

Mike Green replied for the Red Wings (3-5-0), who have lost four games in a row.

There was no scoring in the first period with the best chance for Edmonton coming when a Neal hit a post on the power play behind Detroit starter Jonathan Bernier and for the Red Wings when Oilers goalie Mikko Koskinen was forced to make a big leg save on a break by Andreas Athanasiou.

Neal scored eight minutes into the second period when a long rebound came out to him and he put it into the net for his league-leading ninth goal of the season.

With the goal in just Edmonton’s eighth game, Neal has already surpassed the seven he had in all of last season with the Calgary Flames.