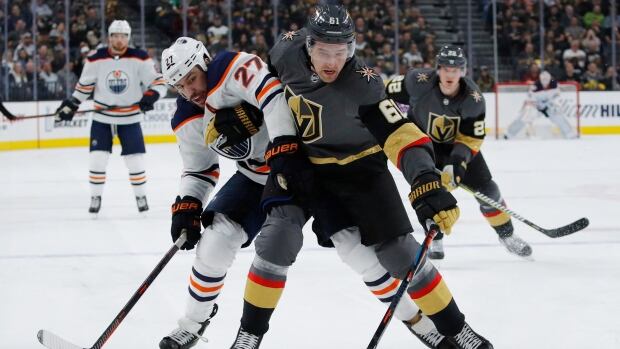 Vegas goaltender Malcolm Subban stopped 18 shots while making his ninth straight start in place of Marc-Andre Fleury. Subban ended an 0-3-2 skid since earning his first career shutout on March 21 and has a 2.67 goals-against average during the nine-game span.

Connor McDavid tied a career best with his 41st goal and Mikko Koskinen made 28 saves for Edmonton.

With third place in the Pacific Division and a first-round playoff date with San Jose already locked up, Vegas ended a five-game losing streak. The Golden Knights won the season series 3-1, outscoring Edmonton 15-9.

The Oilers, meanwhile, started the game with their playoff hopes intact but were eliminated from contention midway through the first period when Colorado earned a point in a shootout loss at St. Louis.

Eakin got things started for the Golden Knights early in the first when he gathered the puck just outside the blue line, skated to the top of the right circle and roofed a wrist shot past Koskinen to make it 1-0.

Marchessault quickly made it 2-0 just 51 seconds into the second when he poked the puck away from Leon Draisaitl in the defensive zone, broke free alone and beat Koskinen with a backhand between his legs.

McDavid scored when he was left alone in the right circle, received a pass from linemate Zack Kassian and fired a wrist shot through Subban’s legs to make it 2-1.