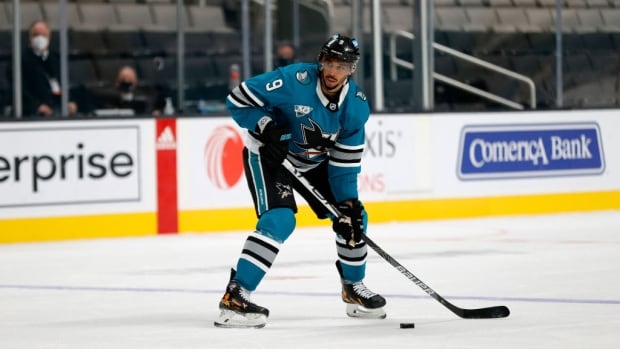 Evander Kane, the embattled NHL veteran whose contract with the San Jose Sharks was terminated earlier this month, is set to sign with the Edmonton Oilers, multiple reports said Thursday.

The deal would be for one year and the veteran minimum of $750,000 US, with a signing bonus and a full no-movement clause, Sportsnet reported.

The signing hinged on the results of an investigation into an alleged breach of COVID-19 protocol that marked the final straw for Kane’s tenure in San Jose. That investigation concluded without sufficient evidence to discipline Kane any further, the league announced Thursday evening.

The NHL previously suspended Kane for 21 games for submitting a fake vaccination card and the Sharks assigned him to their American Hockey League affiliate. Then, Kane reportedly traveled from California to his home in Vancouver in December after he tested positive for COVID, in violation of the AHL’s protocol.

The Sharks placed him on waivers and terminated his contract once he cleared. The players’ association filed a grievance over the move while the NHL conducted a probe into the situation.

An investigation by a New York law firm found there wasn’t enough evidence to “conclusively find that Mr. Kane knowingly made misrepresentations regarding his COVID-19 status or test results in connection with his international travel,” the league said in a statement Thursday.

Previously, Kane was investigated by the NHL for allegations made by his estranged wife, Anna Kane, which included domestic violence and betting on NHL games. Evander Kane has admitted to a gambling problem but denied those particular accusations, and the NHL did not find evidence to support either claim.

Kane is eligible to play as soon as he signs. The Washington Capitals were also interested in Kane, Sportsnet reported.

He would be joining an Oilers team that features the past two Hart Trophy winners, Connor McDavid and Leon Draisaitl, and trying to help an underperforming squad that was in sixth place in the Pacific Division entering Thursday.