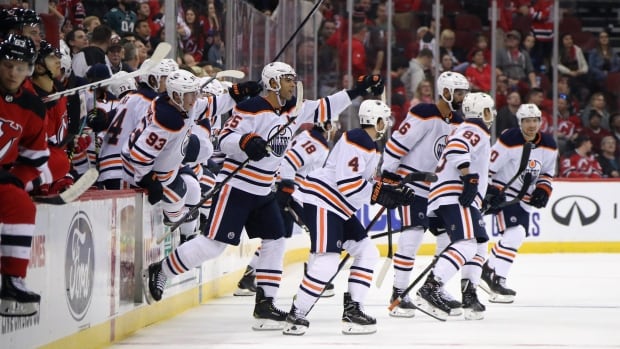 Leon Draisaitl scored the only goal in the shootout to give the undefeated Edmonton Oilers a 4-3 victory over the winless New Jersey Devils on Thursday night.

Draisaitl, who also scored in regulation, connected in the third round of the shootout as the Oilers improved to 4-0-0.

Severson scored late in the third period to give the Devils their third lead of the game. Severson, set up by Taylor Hall, scored his first of the season from the bottom of the left circle with 4:25 remaining.

The lead did not stand as McDavid forced the overtime, scoring a power-play goal with 1:06 left in regulation.

The whistle blew as McDavid knocked the puck past Blackwood on a scramble in front. The referees went to a video review before confirming the tying goal.

In the overtime, Hall had two outstanding chances for the Devils, including a shot off the post.

The red-hot Neal scored on the power play with 27.8 seconds remaining in the second period to pull the Oilers even at 2-2.

Neal on a roll

Neal, who leads the NHL with seven goals, deflected Ryan Nugent-Hopkins’ shot to knot the score with his fifth goal in the last two games.

Neal’s seven goals are a team record for Edmonton for the most through the first four games of a season. Wayne Gretzky held the old mark at six.

Earlier in the period, Gusev took a feed from Jesper Bratt and hammered a shot from the top of the right circle to give the Devils their second lead at 2-1.

The teams exchanged goals in the opening period as Palmieri and Draisaitl scored.

Palmieri put the Devils on the board at 6:14 with a great individual effort. Palmieri, playing in his 500th game, blocked an Oilers shot and sped up ice with Hall on a 2-on-1 break. Palmieri took the shot, rifling the puck over Koskinen’s left shoulder for an unassisted tally.

Draisaitl evened it up at 9:17, whipping home a shot from the left circle after a perfect setup feed from Darnell Nurse.

P.K. Subban left the Devils bench early in the period, leaving New Jersey seriously shorthanded on the blueline. They were already missing defenceman Andy Greene, a pregame scratch with an upper body injury.

Subban returned for the start of the second period.