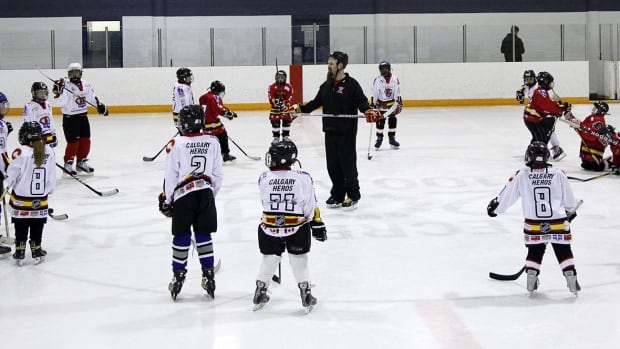 “We want to make the game inclusive and understand that our coaches’ responsibility is not to judge individuals on the face of things, but to create an environment where everyone feels respected and comfortable in a hockey arena,” said Phil McKee, executive director of the Ontario Hockey Federation, which oversees hundreds of clubs across the province.

McKee said the mandatory conversations will be held among teams of all ages, across all levels of competition. As part of the settlement, the OHF will also conduct random audits until at least 80 per cent of organizations under its umbrella have instituted the mandated chats.

McKee said the OHF is providing organizations with detailed checklists to help them navigate what some see as difficult subject matter. He said Hockey Canada reached out to Egale Canada, an LGBT advocacy group, to help guide coaches on matters such as “introductory pronoun check-ins.”

“Pre-season chats are a great opportunity for everyone on your team, including coaches, assistant coaches and volunteers, to share the name and gender pronoun by which they wish to be called,” Egale said in the package it provides to the OHF to distribute to coaches. “Explain that it is important to ask for and share gender pronouns, just like names, because it is not something you can always tell just by looking at someone. Tell players that it is OK to make mistakes but that it is important to show that they are trying to remember by simply apologizing and correcting themselves if they do slip up.”

McKee said the initial response from coaches has been mixed.

David Noon coaches a team of eight-year-olds in Toronto. He agrees with what the OHF is trying to do.

“You have to be respectful to everybody and I think it’s important to understand that,” Noon said. “You have to make everyone around you feel comfortable and I think that comes from knowledge and understanding people.”

“If you are a parent and you want to make your son or daughter comfortable in a situation on a team, it’s your responsibility to educate the coach or manager of the the team to create a comfortable environment for your child.”

McKee understands that some coaches and parents may feel uncomfortable with the subject matter, but he said there is little choice.

McKee acknowledges this isn’t a widespread issue in hockey or a topic traditionally associated with the game. He said the OHF is currently working with about 60 cases where it is ensuring local clubs are properly accommodating players.

He said before this ruling, it wasn’t an issue he gave a lot of thought to.